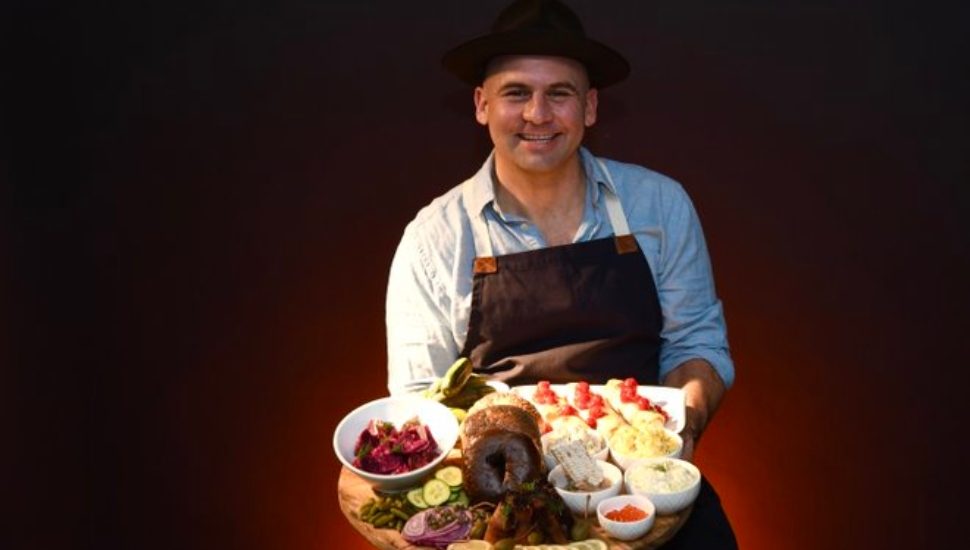 Newtown resident and Netflix host Nick Liberato wanted a “pandemic-proof” concept for his next move in the food service industry. He chose to pay homage to the great Jewish delis of New York City, reports Diana Cercone for Bucks County Magazine.

Chef Liberato, host of Restaurants on the Edge, grew up in South Philly. He wanted two things in his new eatery: a water view and a comfort-food menu.

Stockton, NJ, about a half-hour drive away from his Bucks County home, provided both.

And it all can be washed down with an egg cream.

The Borscht Belt’s name was meant to evoke the array of mostly Jewish entertainers of yesteryear who played New York’s Catskills resorts (think Dirty Dancing). So Liberato is adding entertainment such as comedy and music acts.

The TV restaurant rescuer sees food as a connection point. He’s just as eager to make a pastrami-on-rye as to share one with a customer.

“Food is love,” he says. “I try to go out of my way to make people enjoy the experience. I want to see everybody eating, asking questions, enjoying themselves. I’m always the last person to sit down.”

The Borscht Belt Delicatessen opens this spring at Stockton Market.

More on cross-cultural cuisine is at Bucks County Magazine.

The Philadelphia Area is Full of Excellent Jewish Delis, with Two of the Best in Neighboring Montgomery County