Villanova University Now Keeper of Dr. King's ‘I Have a Dream’ Speech 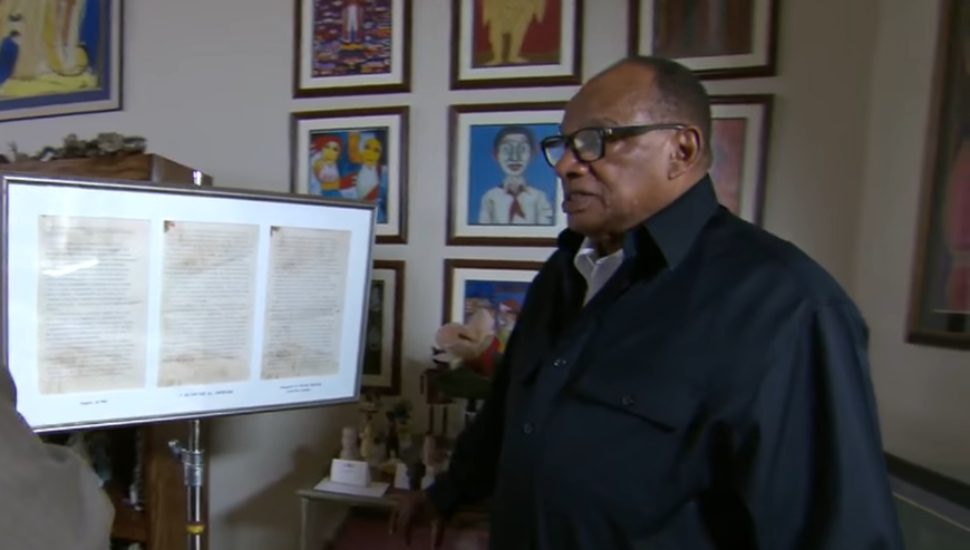 Image via CBS News at YouTube,
George Raveling with his copy of MLK's "I Have a Dream" speech.

Villanova University is now the permanent steward of Dr. Martin Luther King’s original copy of his “I Have a Dream” speech, writes Jackie Thomas for The Villanovan.

University President Rev. Peter M. Donohue, O.S.A., Ph.D made the announcement Aug 27 on the eve of the speech’s 58th anniversary.

The document arrived at Villanova University through its former steward, George Raveling.

Raveling was a 1960 Villanova graduate and former men’s basketball player and assistant coach.

He was at the famous March on Washington on Aug. 28, 1963, and ended up face-to-face with King just after he spoke.

He asked King for a copy of the speech and King handed him the original.

Raveling has had the speech for 58 years.

“At no time do I remember thinking, ‘Wow, we got this historic document,” Raveling said in a 2015 interview with Sports Illustrated.

Raveling turned over the speech to Villanova in appreciation for his years there.

The University is collaborating with the Smithsonian and the National Museum of African American History in Washington, D.C. for public viewing.  It will be displayed at the museum as part of a long-term agreement with the university.

Read more at The Villanovan about Villanova University’s acquisition of the “I Have a Dream” speech.

Are You “Woke” on LinkedIn?