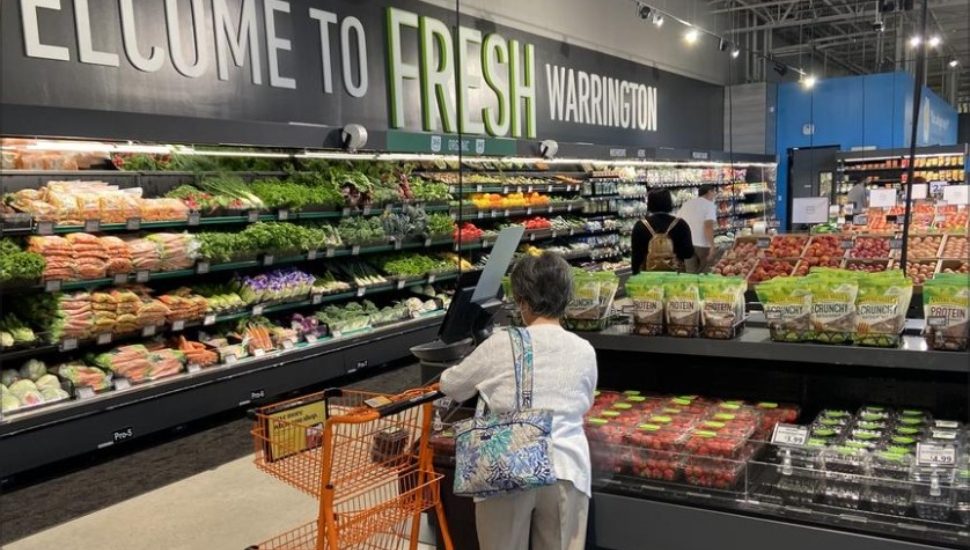 The first toehold for the Amazon.com, Inc., expansion into the Pennsylvania grocery business, Amazon Fresh Warrington, has opened. Natalie Kostelni wrote about the debut for the Philadelphia Business Journal.

The company did not cite its precise economic impact in terms of new full- and part-time positions. But it did assert its role in creating “hundreds” of local jobs.

Amazon Fresh is positioned in the market as a lower-cost alternative to the company’s Whole Foods brand. Whole Foods does not currently have a Bucks County presence; however, nearby locations are in Allentown, North Wales, and Spring House.

Amazon Fresh Warrington is the chain’s 16th store in the country and the first in Pennsylvania. Its shelves do sell beer and wine, although not all locations will carry those items.

An additional site is in the works elsewhere in Bucks County. It will replace a former Kmart in the Brookwood Shopping Center, Street Road, Bensalem.

More on Amazon’s first step as a local brick-and-mortar grocery store is in the Philadelphia Business Journal.