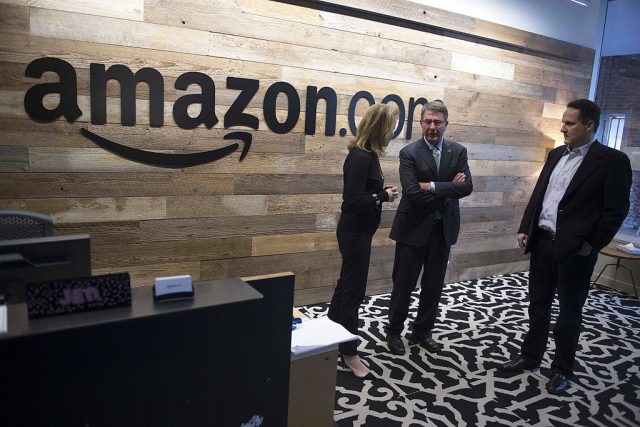 Amazon is preparing to enter the Philadelphia marketplace by opening its first grocery store in the area at a 40,000-square-foot space in the central part of the city. (Image courtesy wikimedia.com)

Amazon is reportedly preparing to enter the Philadelphia marketplace by opening its first grocery store in the region, writes Thad Rueter for the Progressive Grocer.

The eCommerce giant has signed a lease for a 40,000-square-foot space on the ground floor of a building in the central part of Philadelphia. At this time it is still unknown which of its concepts Amazon is planning to first bring to the region, but the size of the space could indicate that it will be an Amazon Fresh store.

The Fresh banner is neither a Whole Foods offshoot nor the checkout-less Amazon Go store that have been opening in urban areas across the country. Fresh stores are usually several times bigger than Amazon Go grocery stores, the largest one so far opened in Washington state in a 13,000 square foot space.

Amazon entering the Philadelphia grocery marketplace does not come as a complete surprise, as the company announced earlier this year that it is looking at two Bucks County sites and at least one in Center City, “with the goal of opening them by the end of the year.”

Read more about Amazon at the Progressive Grocer by clicking here.