Oh, the Gaul! Interactive Who-Done-It, ‘Murder at the Moulin,’ Plays at Peddler's Village 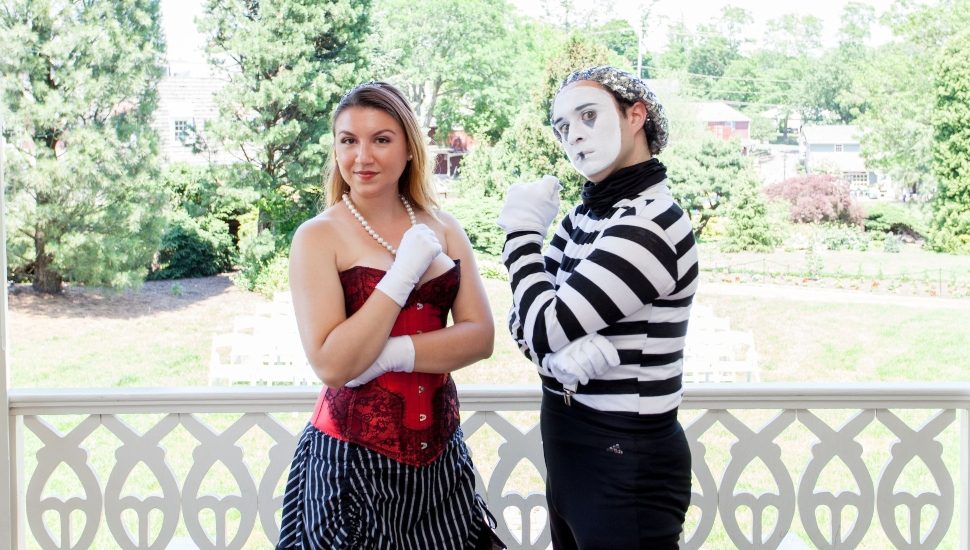 The cast of “Murder at the Moulin” may comprise only five actors. But they create enough collective intrigue to make for an entertaining romp under a tented stage at Peddler’s Village.

The performance is part of an entire summer of programming in Lahaska, a welcome revival of a site that has been quietly awaiting health restrictions to lift.

“Murder at the Moulin” welcomes audiences to the “Moulin Bleu,” just down la rue from its rosy counterpart.

Things aren’t going so well at this Parisian entertainment venue. They’re broke; the talent is uneven (the can-can dancer is more can’t-can’t); and nobody likes the abrasive proprietor.

Before the end of the night, one of them will be permanently gone. And it’s left to the audience to determine who and why.

The actors and tech crew are from Without a Cue Productions. It is also presenting a summer-season walkaround mystery involving visits to several shops within Peddler’s Village.

“Bringing people together for a night of laughter and fun and offering them a place to spend quality time with their friends or family — that is what Peddler’s Village is all about,” he concluded.

“Murder at the Moulin” runs Saturdays through August 28.

Ticket information is at Peddler’s Village.