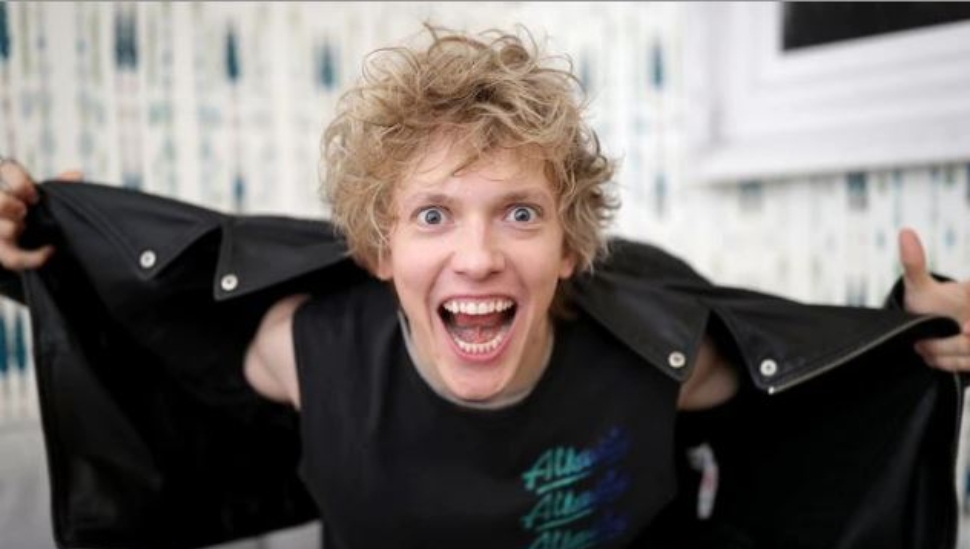 Image via David Maialetti at The Philadelphia Inquirer.

After an initial interest in professional sports, Polec attended Brown University for theater. He then hit the audition trail and beat the odds. He landed a role in Bat Out of Hell, a U.K.-musical based on the Meat Loaf album.

Bat Out of Hell became a huge hit in London.

“Suddenly I was a celebrity,” Andrew says. “The show was named Best Musical; I was nominated for several awards; and I was given one for the Best West End debut.”

The show was headed to Broadway when COVID-19 sidetracked it. Andrew filled the wait-time with online performances and television appearances.

Don, his 6abc-alum dad, has had some health scares since leaving the air, including a vicious bout with the coronavirus.

But Andrew still relies on his encouragement.

“My Dad inspires me. [He] taught me to look at life from different angles. There is no ‘box’ in Don Polec’s world. Everything is out of the box. Growing up, I of course knew my dad was the guy on television. But he was also the guy who showed me the comic and also a sweet side of life.”

More on Andrew and Don Polec is at the Delco Times.

New York Post: Among the New Hope Sights to See, a Celeb or Two Can be Added to the List