Increasingly in Bucks County, Walking Is a Way to Exercise Both Your Muscles and Your Civic Duty 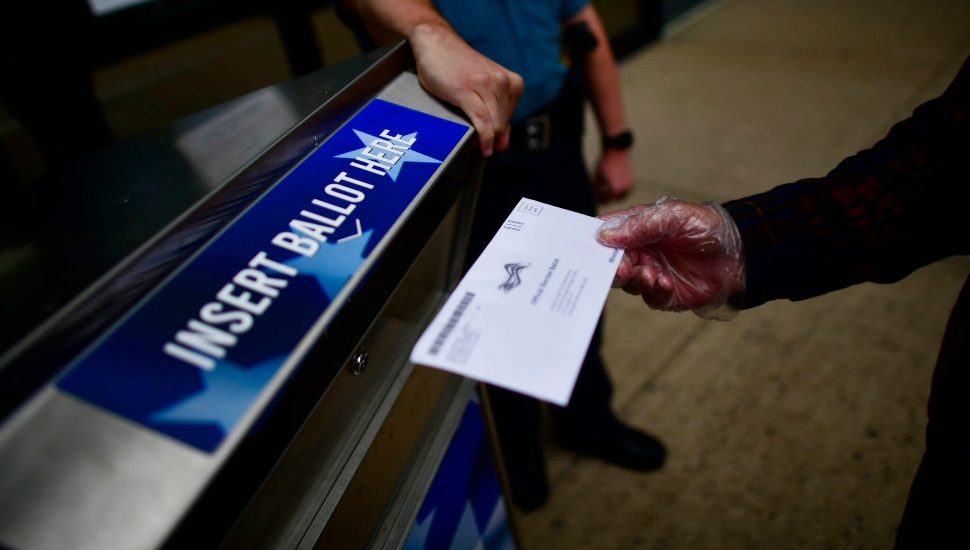 Image via Mark Makela at The New York Times.
A ballot drop box outside the Bucks County Courthouse in Doylestown. More like these are coming for the November general election.

Walk to the end of the driveway for the morning paper. Walk the dog around the neighborhood. Walk to a community drop box to exercise your civic duty.

This reality took a significant step forward as the Bucks County Board of Elections authorized the addition of seven drop boxes for the November 2021 general election. The move raises the number of Bucks County ballot collection sites outside traditional polling places to 11.

The election board, comprised of the three County Commissioners, agreed unanimously on in-person security for each box, at least as far as this year’s municipal election goes.

To ensure security, both human and electronic eyes will provide monitoring.

The seven new locations are:

“We tried to space them out so people can get to them throughout the county,” Commissioner Robert J. Harvie said. “The idea of using libraries is that they have hours that include nights and weekends and will hopefully get people interested in what else the libraries offer.”