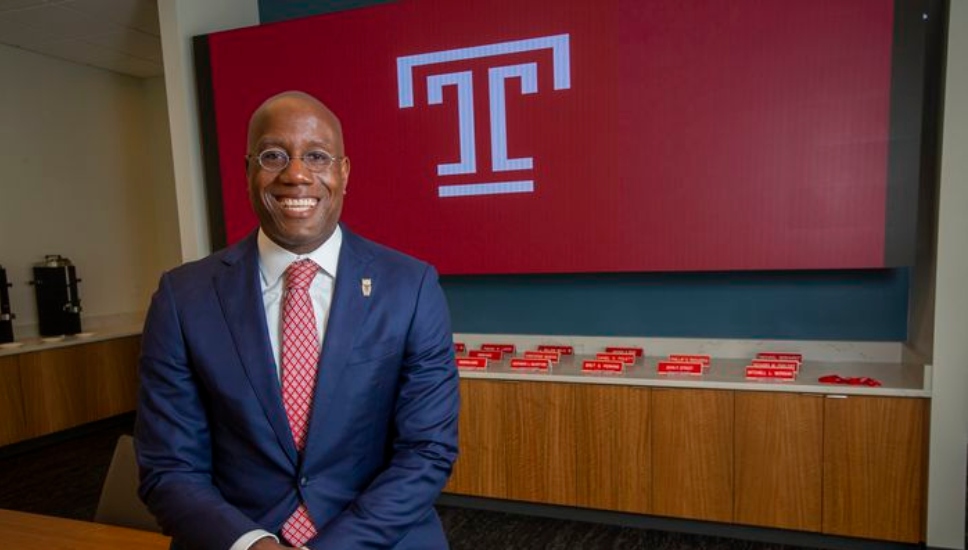 Jason Wingard, who grew up in West Chester and graduated from Henderson High School, has been hired as Temple University’s new president, writes Susan Snyder for The Philadelphia Inquirer.

When he takes over on July 1, Wingard will become the university’s first Black president in its 137-year history.

Wingard had previous leadership appointments at two Ivy League schools and Stanford. He worked at the University of Pennsylvania’s Wharton School and currently serves as a Columbia University professor after stepping down from the position of dean recently.

He has also worked in the business world, including as managing director and chief learning officer of Goldman Sachs. Wingard also founded the Education Board, where he served as its chairman.

Temple’s trustees unanimously approved his appointment after a 10-month search.

“He understands the future of education is changing,” said Mitchell Morgan, chair of the board of trustees. “Dr. Wingard recognized that and wrote about that before COVID hit.”

Read more about Jason Wingard in The Philadelphia Inquirer.