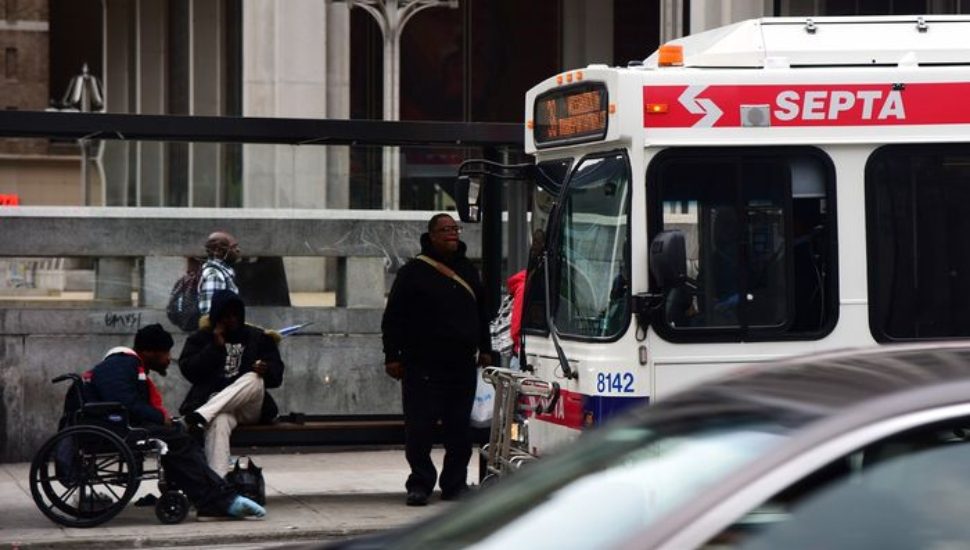 Image via Tom Gralish at The Philadelphia Inquirer.
The Owl Link connects people who commuters who work in Lower Bucks County to city transit.

When SEPTA recently hired a contractor to oversee its new Owl Link service in Bucks County, it did so without first turning to transit union workers. That state law violation may represent a monkey wrench in the works, reports Thomas Fitzgerald for The Philadelphia Inquirer.

An unfair labor practice complaint has not yet been shared with SEPTA, making a response difficult to formulate. The transit authority, however, claims it did brief the union before the Owl Link took flight.

But the notice never involved bargaining with the bus drivers of Transport Workers Union 234. That omission violated Pennsylvania law that protects public employees.

Instead, SEPTA contracted directly with Via to put the wheels in motion. Via, a global company, designed the smartphone app and scheduling software that drives the service.

SEPTA, for its part, acknowledged that it expected the May 10 launch to be covered by similar arrangements with other contractors. The Owl Link’s arrangement with Via, SEPTA asserted, was comparable to its relationships with drivers in the paratransit fleet that serves commuters with disabilities. SEPTA claims that fluid arrangements like these are survival necessities in a rapidly changing, post-COVID-19 world.

The attorney for Transit Union 234 framed the dispute by saying that although the Owl Link is designed to close a gap in SEPTA service, there is no reason the shuttles can’t be driven by union members.

More on this evolving transit unrest is at The Philadelphia Inquirer.

Thanks to SEPTA, Third-Shift Bucks County Workers No Longer Have a Long Schlepp to the Bus Stop

With Its Traditional Business Model Altered by the Pandemic, SEPTA Weighs How to Roll Forward