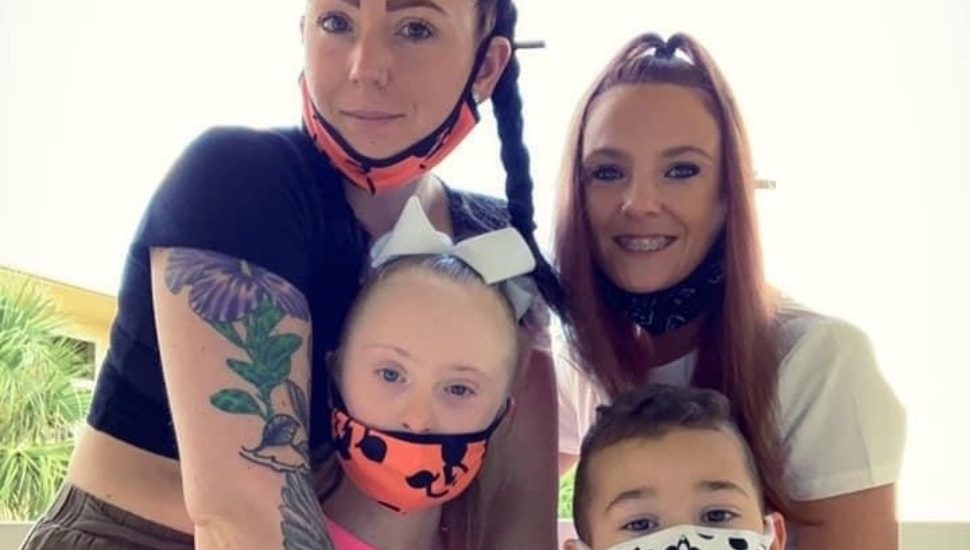 The Wiegand Family — three generations’ worth — was roused just after midnight last week to escape a fire engulfing their apartment building. In the aftermath, the Bristol community is generously coming forward with support. Neighbors are rallying around displaced Jes Weigand Martine and her two special-needs children, reports Cecilia Levine for the Daily Voice.

The blaze broke out in a mixed-use building on Farragut Avenue. The structure held commercial and residential tenants, comprising 16 apartments, the Black Sparrow Tattoo Studio, and Sadie’s Irish Pub.

There were no reported physical injuries from the blaze, the cause of which remains unknown.

But the Weigands have been damaged nonetheless.

Jes’ and her youngsters are now homeless. Worse, her daughter has multiple disabilities, including type 1 diabetes. The flames consumed the medical supplies that support her treatment, valued at $2,000 a month.

Friends and family launched a GoFundMe appeal that raised nearly $2,000 in a matter of days.

More on the Wiegand’s current struggle is at the Daily Voice.