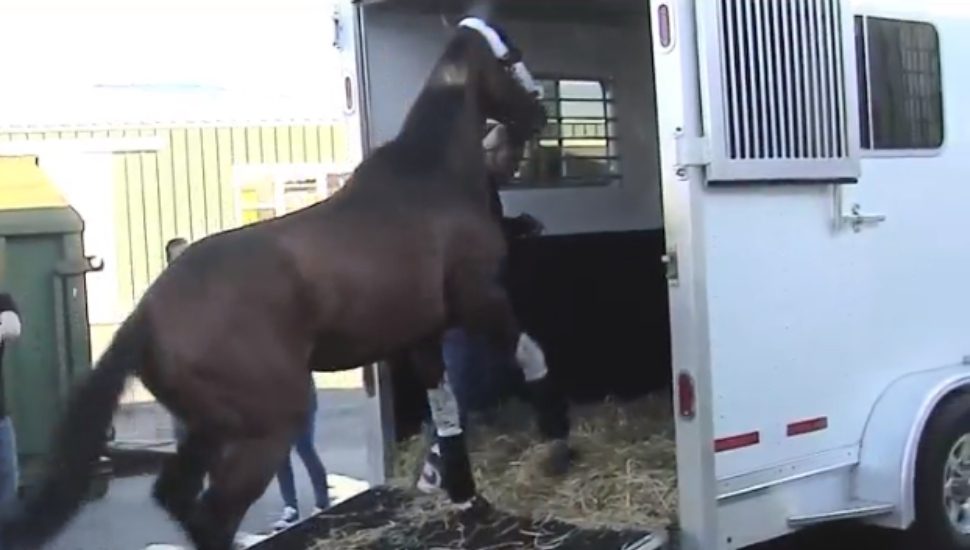 When the horses leave the gate at tomorrow’s 147th Kentucky Derby, a local entry will have already benefited from a bit of luck, reports the Associated Press for NBC10.

Brooklyn Strong, a three-year-old colt owned by New Yorker Mark Schwartz, will enter the #3 stall in the starting gate as a last-minute addition to the field.

He was three slots back from contention. In short, a trifecta of horses ahead of him would have to be scratched to gain a position.

Not likely for a competition as fierce as the Derby.

However, fate took a hand. The final obstacle between Brooklyn Strong and the Run for the Roses fell late last week.

Caddo River, a colt from Kentucky no less, defected, owing to a high temperature.

Brooklyn Strong, like an ingénue understudy from a movie musical who goes on when the star unexpectedly breaks an ankle, got his shot.

Early this week, he trained at Parx in Bensalem, close to the home of his trainer, Daniel Velazquez.

“It’s absolutely insane,” Velasquez said about the quick turnaround. “I almost stopped paying attention last week because I was just over it.”

The rushed timeline has added some perspective to Brooklyn Strong’s team.

“I’m going there now with no pressure,” Velasquez said. “I don’t think anybody expects me to do anything anyway. So I’m just going to enjoy it.”