To Ease the Fear of Spinning Winds, Local Great-Grandma Spins a Calming Tale 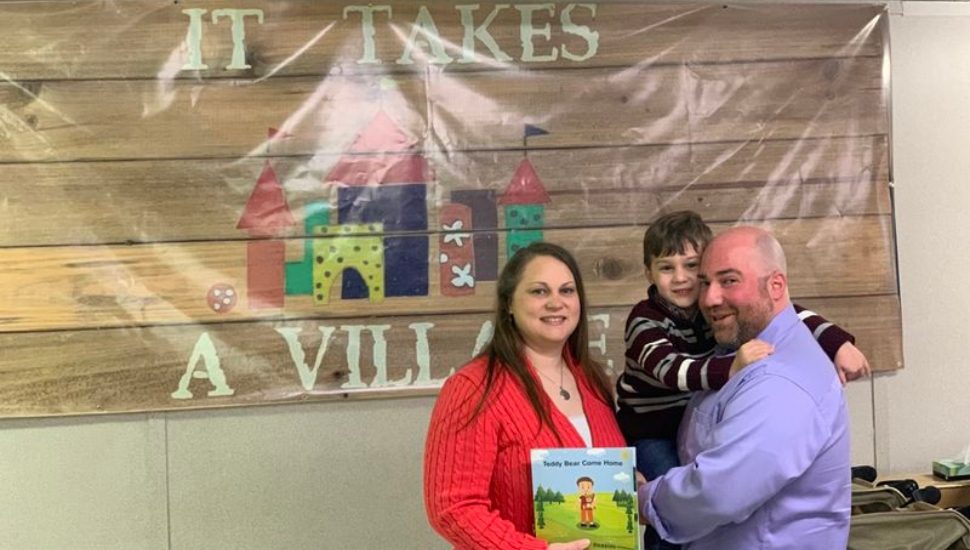 Image via Ferraguti family at The Morning Call
Katie and Stephen Ferraguti stand with their son, Gianluca, at the temporary Children's Village preschool.

A new children’s book, written for a four-year-old by his great-grandma, is intended to help kids deal with the scary things of life, reports Stephanie Sigafoos for The Morning Call.

On the afternoon of August 4, 2020, Tropical Storm Isaias violently swept across the east coast, spawning six FE-2 tornados along the way, including one that spun the roof off a Doylestown daycare center, terrifying 135 children inside at the time.

Four-year-old Gianluca Ferraguti, was one of them. And although he came away unscathed (the site thankfully saw no injuries), there were residual effects to surviving a weather condition that rattled walls and tumbled rafters.

“My son took it harder than anyone else,” said Gianluca’s dad, Stephen Ferraguti. “At first, on days there was bad weather, he’d come running into our room at nighttime or want someone to lay with him until he fell asleep. He’s getting a little better now. But every day he asks, ‘Is it going to rain today?’”

To ease Gianluca’s ongoing weather anxiety, Venita Duggins, his mother’s grandmother, wrote a 33-page picture book to build self-confidence — even among tots — during traumatic events. Teddy Bear Comes Home is available as both an e-book and in paperback.

The Ferraguti family is donating a portion of every book sold not only to help rebuild the daycare, but also to pay tribute to the heroic efforts of the teachers who helped keep the children safe.

More about Giancarlo, his terrifying experience and the book that has helped him overcome it are at The Morning Call.