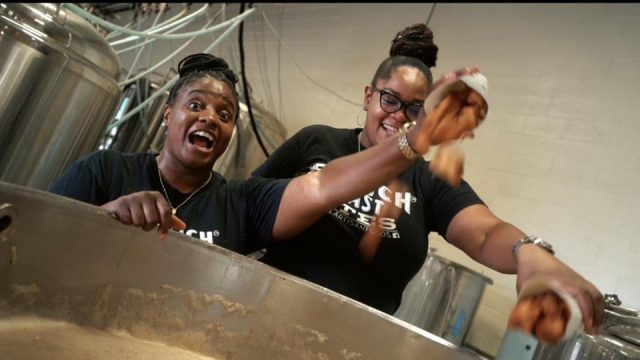 Charisse McGill, dubbed the French toast lady for the bite-sized pieces of French toasts she sells at farmers markets and festivals, has teamed up with Doylestown Brewing to release a new spice brown ale together, writes Tara Nurin for Forbes.

The jovial entrepreneur has already made a name for herself in the Philadelphia area and is now ready to take on the nation.

“I had seen her on a TV morning show and I was kinda captivated by her,” said Joe Modestine, president of Doylestown Brewing. “Then I saw her on TV a year later, twice in one day; after the third time I said, ‘I want to work with her.’”

The pair thought they had created enough in the first go to provide the brewery’s wholesaler with a one-month supply. Instead, the supply ended up selling out in a week.

Now the pair are working on their second batch.

“I knew whatever she does she’s going to go out and kill it but I didn’t expect it to this extent,” said Modestine.

Read more about the collaboration at Forbes by clicking here.