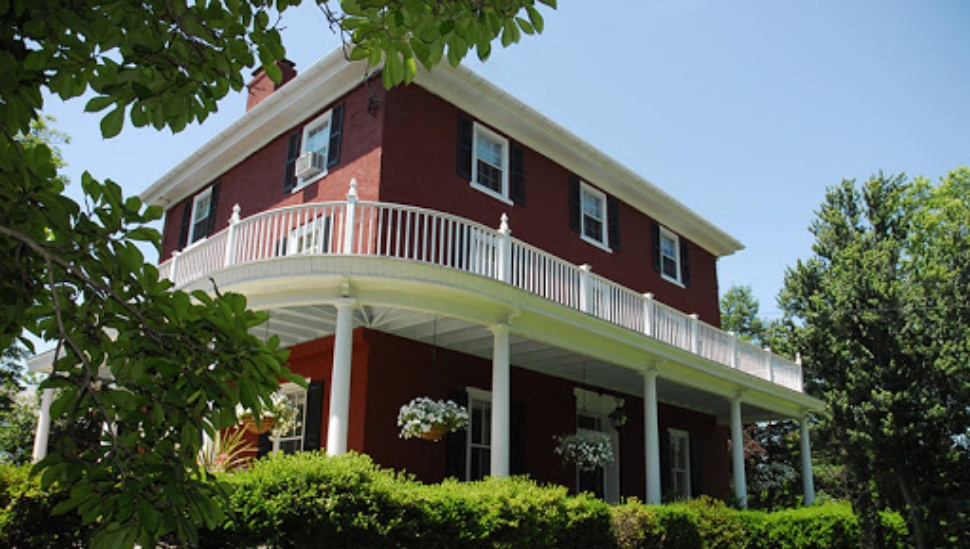 Image via HammersteinCenter.org
Hammerstein's former home in Doylestown is in the process of being preserved and promoted.

First place went to Sierra Safran, 18, a student at Central Bucks West High School, who sang “All the Things You Are” from the musical Very Warm for May.

Safran’s selection held a strong connection for her. “The very first time I heard the song, I fell in love with it. I just think it is so gorgeous and poetic.”

Second place was won by Helena Badiali, 13, a student at Tohickon Middle School, for her rendition of “This Nearly Was Mine” from South Pacific.

Badiali was excited to participate in the contest because, “Preserving historic properties like Oscar Hammerstein’s home is very important. Some of the most recognizable musicals were written there, including shows like Oklahoma! and South Pacific.”

Third place was awarded to Cold Spring Elementary School student Addison Rogers, 10, who sang “The Sound of Music” from the musical of the same name.