Quite the Feet: A 320-Mile Stroll from Washington to New York Pauses in Bucks County 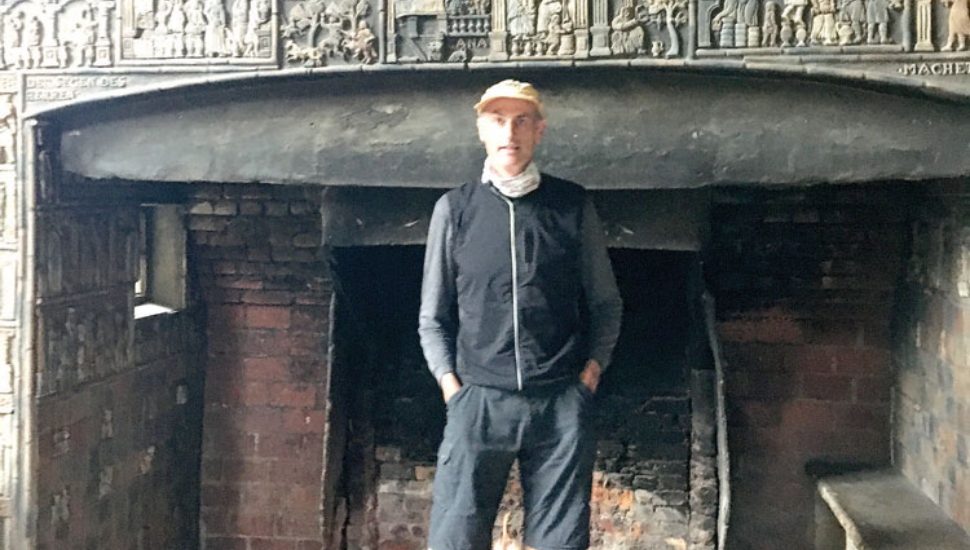 Last month, Neil King left his Washington D.C. home for a walk. About four weeks later, he will wrap it up. But he’ll be in Manhattan, 320 miles away from his starting point, reports Freda R. Savana, for the Bucks County Herald.

“This walk started out essentially as a joke,” King, 61, told NPR. “I said to myself: If you wanted to walk from Washington to New York, how would you do it?”

King stuck to the byways.

“After all we’ve been through in the last year, I just was interested to get a feel for this part of the country,” he said.

The legacies of Iong-forgotten Americans like Henry Mercer inspired the Doylestown leg, specifically to see the Moravian Pottery and Tile Works.

“There are so many hidden places and things worthy of more attention,” King said. “Some of what fascinates me is: We’re at a moment in time when we’re reconsidering our past, taking down monuments and statues, taking names off schools and that’s a worthwhile debate to have.

“We’re also looking at our own acts of remembering. A lot of preserving and unearthing … and Mercer himself is a great example of that. He was a cultural archeologist, things here are what he wanted to preserve so we don’t forget how we used to do things.

“We need to recognize these people and bring them back to some prominence,” he said.

More on King’s sojourn is at the Bucks County Herald.

Memorializing a Long-Term Commitment to Bucks County Beautification: A Tree Grows in Doylestown