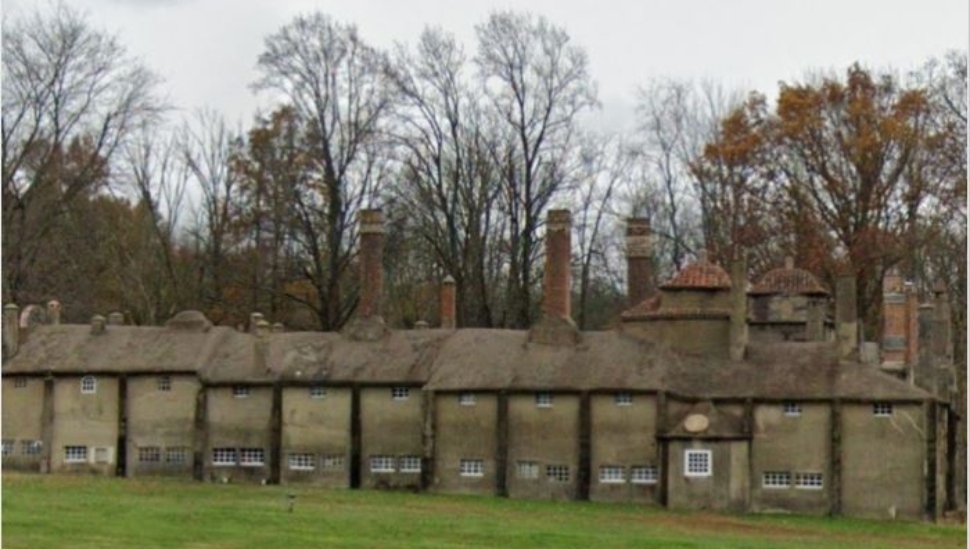 Considering it was once the site of a hand-crafted commercial endeavor, it seems somehow fitting that there is now a question about into whose hands the Bucks County’s Moravian Pottery & Tile Works, should go, characterizes Peter Blanchard for the Doylestown Patch.

The County, the current owner, is grappling with its long-term financial health. The Bucks County Historical Society (BHCS) has countered, saying that the national landmark is better served in its nonprofit hands.

The site’s future remains to be seen.

“It is our position that the Tile Works would be best served operating under the umbrella of the BCHS, a professionally staffed organization that is experienced and eminently capable of managing historic sites and museum collections,” the group said in a statement.

The BCHS, which is already responsible for operating the Mercer Museum and Fonthill Castle, said bringing the Tile Works under their purview would enable better coordination of programming, preservation and public access.

Any changes to management of the museum must be approved by the Bucks County Board of Commissioners.

Further detail on the future ownership of the Moravian Pottery & Tile Works is in the Doylestown Patch.

Memorializing a Long-Term Commitment to Bucks County Beautification: A Tree Grows in Doylestown