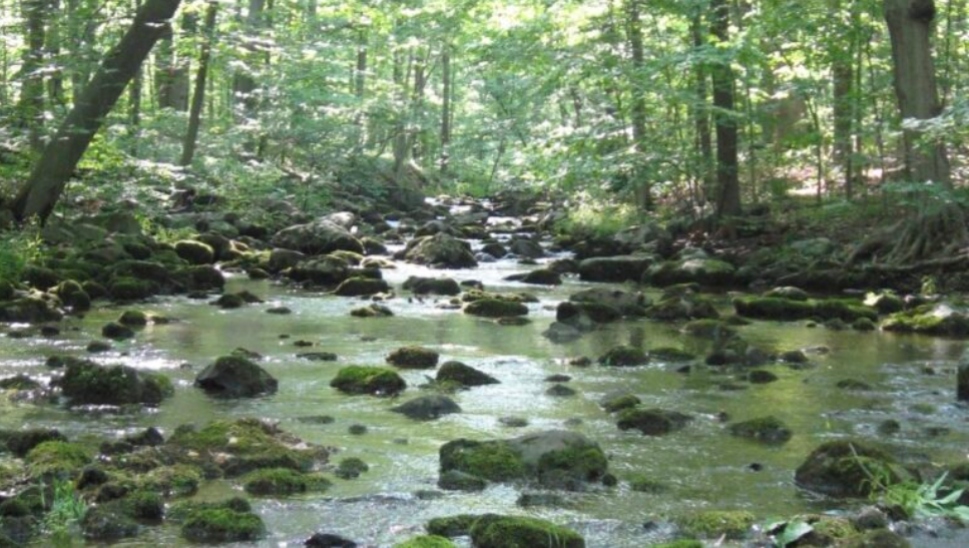 Image via Upper Tohickon Watershed Association at WHYY.
A proposed quarry is a concern for the preservation of local waterways, including Upper Tohickon Creek.

The months-long discussion about the safety of a proposed quarry continues to unfolds at Springfield Township Board of Supervisors meetings, writes Hannah Chinn for WHYY.

H&K Group has long asked the Supervisors to green-light its conditional-use request for a proposed noncoal surface mining project.

The public objects, fearing detrimental effects on health, property values and the environment.

The latest line of questioning included the quarry’s potential impact on the nearby Upper Bucks Rail Trail. Drumbore and LaFlamme were also asked about their past projects and how outcomes were felt in surrounding communities elsewhere. H&K also had to provide information on its responsibility in issues of well damage, as well as reclamation of the grounds after quarrying activities end.

One resident reacted to the perception that H&K was being less than transparent in presenting evidence.

“One example of property values surrounding one quarry isn’t really representative of how properties can or will depreciate … I read that properties in close proximity to quarries can depreciate as much as 30 percent,” he testified.

The issue has another spot on the Supervisors’ meeting agenda in May.

More detail on this project and its reception locally is available at WHYY.