Bucks County Couple, Married 30 Years, Recounts their Story: It All Started with a Blind-Date Doorbell Ring 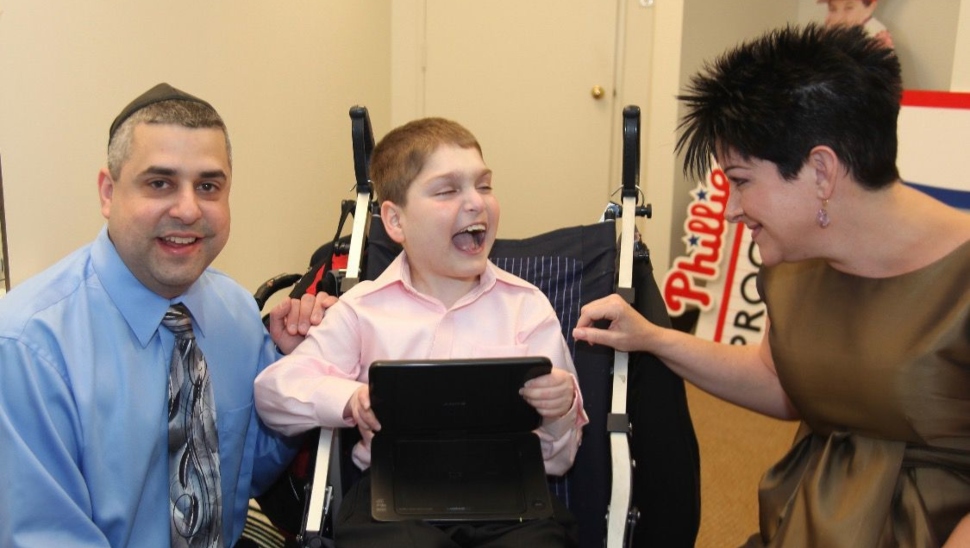 Not many marriages begin with a nervous man hesitatingly pushing the doorbell button on a blind date. But that was exactly the scenario that brought Ben and Cindy Singer together, writes Kellie Patrick Gates for The Philadelphia Inquirer.

They went to a jazz club danced to Nat King Cole and dated for weeks thereafter. He moved from Northeast Philadelphia to an apartment in Holland and after she house-sat for a cable guy, he suggested she keep his door key.

They married in 1993. And their first dance was, of course, to Nat King Cole.

The Singers moved to a larger home in Newtown. Three years later, they became a family of three when a son, Dylan, was born. He had a rare genetic disorder of the autonomic nervous system, but Ben and Cindy did everything they could to assure him a normal life.

To aid in Dylan’s communication abilities, Ben devised a system based on pictures. At age 10, Dylan attended a school founded by his behavioral analyst.

Dylan’s physical ailments continued to plague him into his teens, and at age 19, he passed away.

The ensuing grief eventually gave way to a recommitment to each other as a couple, not just as caregivers. They went to an ELO concert together, which became a needed reset on their relationship.

“I would marry him all over again,” she said.

More detail on the Singer family, their struggle and their recommitment to each other is in The Philadelphia Inquirer.