The Seniors in School 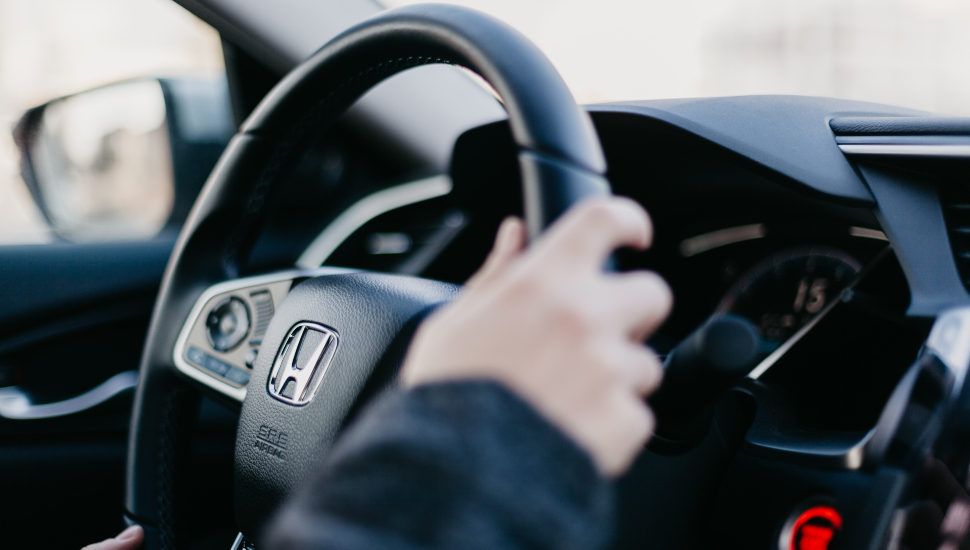 I suppose the announcement last month from the CDC, the one nudging schools to get kids back full-time, should have given me that same gush of relief my first slug of caffeine gives me each morning.

The Philadelphia Inquirer recently discussed the indifference kids, particularly teenagers, have towards going back to school. What’s the point, when there’s no school play or gossipy lunches?

In my house, virtual school means rolling out of bed sixty seconds before class starts. My teens log in with bed head and morning breath. I don’t even kiss their dad when I’m in that condition. But there’s my offspring, debating the causes of World War I in their pajamas like they’re Hugh Hefner in his heyday.

So pediatric schooling will remain status quo in my house for the foreseeable future.

That frees me to focus on geriatric schooling.

Yes. There is such a thing.

I took my parents to a local rehab hospital for driving evaluations. My mom’s driving began to concern me when she laid bright orange cones in her parking spot. It’s something many of the residents at my parents’ independent living facility do, my mom assured me. The cones guide the residents into their parking spot without denting a neighboring car.

Personally, I think if you’re laying out cones because you can’t stop yourself from hitting the eight-foot tank of a Buick in the next spot over, it’s time to hang up the keys.

Why take both parents, you ask? Because my dad’s minivan, the rear seats ripped out to make room for HVAC equipment back when he still did the odd job, had taken to stalling any time he drove over a puddle.

My dad had also repurposed the minivan into a mobile storage unit. Anything my mom told him he couldn’t keep when they moved to independent living he just hid in the minivan. His treasure trove ranged from old greeting cards to his birth certificate.

The minivan-turned-99-cent-storage didn’t disqualify my dad from driving as much as the orange cones did my mother. But, as Belinda Luscombe pointed out in Time magazine, elderly parents often seem like they need management. Direction. Supervision.

Actually, mine aren’t too different from my teenagers. I can leave them alone for short periods – even overnight. But if I go a few days without checking in, they’re down to bad decisions and ice cream for dinner.

So we went to driving school.

My dad took his evaluation first because my mom, much like my 15-year-old, doesn’t have a valid driver’s license. It expired a year ago.

Or maybe her renewal license was spending time with my dad’s birth certificate in the minivan.

When the therapist and my dad returned from their drive, my dad whispered he was sure he had failed.

“Don’t be so negative!” I admonished. He drove for Greyhound for years. Heck, he doesn’t even have cones in his parking spot.

“You failed,” the therapist told my dad.

We returned to driving school when my mom renewed her license. She failed too, but her failure had a caveat, an asterisk that meant maybe she wasn’t as down and out as my dad.

My mom’s driving failure was less related to her age than it was her poor driving skills. When my mom first got her license – fifty-five years ago – she failed her driving test. But the state trooper testing her wanted to ask her out. A clever man, he knew the way to my mom’s heart was through the DMV.

No. That trooper did not become my dad. Although my mom definitely has a thing for guys in uniform.

My dad is a Marine.

So in five decades of driving, my mom had, apparently, never improved her skills. The therapist was optimistic that more sessions in driving school would build the knowledge my mom needs to be a safe driver.

Until we finish driving school, though, there is no driving going on with my parents. This means I have become their Uber.

And their Uber Eats.

Many seniors, the AP says, have discovered internet shopping in the pandemic, an ability mothered by necessity. Not my mom. Those orange cones almost certainly came from Amazon.

She taps away at her computer, ordering groceries, Zooming grandchildren, telehealthing her doctor. I get texts that her groceries can be picked up at four, her prescription is ready at the pharmacy, and while I’m there can I grab the Band-Aids she promised to pick up for her neighbor George?

My dad still has a flip phone. If Al Gore invented the internet, my dad is his inverse. Last week, I took him to the doctor.

“What else are you doing today?” my dad asked.

I detailed my day, which involved things I needed to do with my teenagers.

No, because my dad needed a new charger for his flip phone, and a battery for his car.

I’m not sure why he needs a battery for a car he’s not driving. But sometimes it’s best to not ask questions.

And yes. Ice cream for dinner.

So off to driving school we go.

Get Cozy: Peddler's Village Announces Fun Events for the Month of February

Weekend Wanderer: When Mom Stands You Up for Dinner