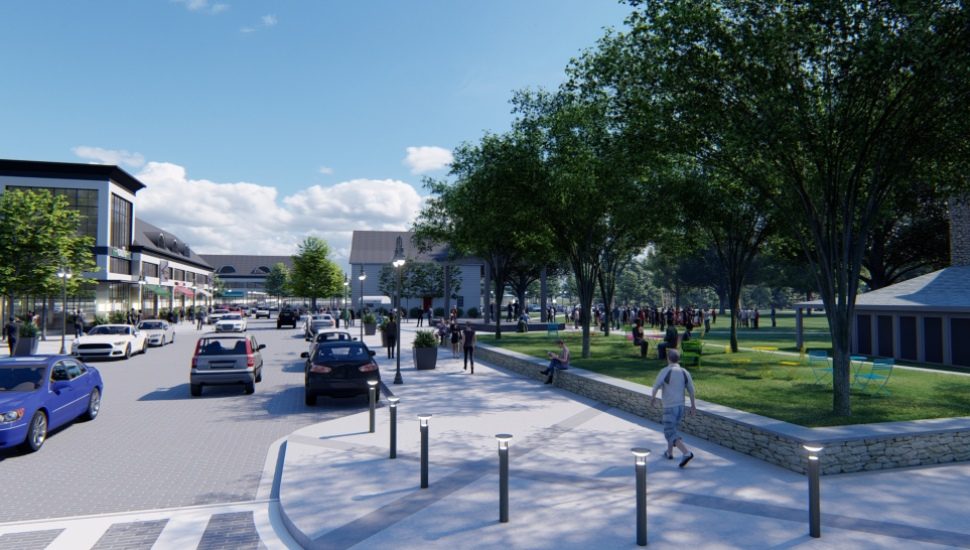 Several large-scale residential and industrial development projects are moving ahead in Central and Lower Bucks despite the ongoing pandemic, writes Chris Ullery for the Bucks County Courier Times.

In Lower Makefield, the Prickett Preserve at Edgewood mixed-use development plan was presented last week to township supervisors with some minor changes calls. This calls for the re-subdividing of five existing lots across 36-acres into two parcels.

The developer would preserve and repurpose a historic building and barn, add nine three-story multi-family buildings with clubhouse, and construct seven commercial buildings for a Wegmans, among other businesses.

In Falls Township, NorthPoint Development finalized its purchase of the U.S. Steel site of over 1,800 acres for $160 million. This should put the developer closer to the $1.5 billion transformation of the property to include the construction of around 10 million square feet of state-of-the-art warehousing over the coming years.

Amazon and Walmart have already been mentioned as possible tenants.

In Doylestown Borough, the planning commission was presented with revised plans from Cornerstone Tracy for a mixed-use redevelopment of the former The Intelligencer site on Broad Street. The plans call for a four-story mixed-use building and a five-story apartment building.

Read more about the development projects at the Bucks County Courier Times here.