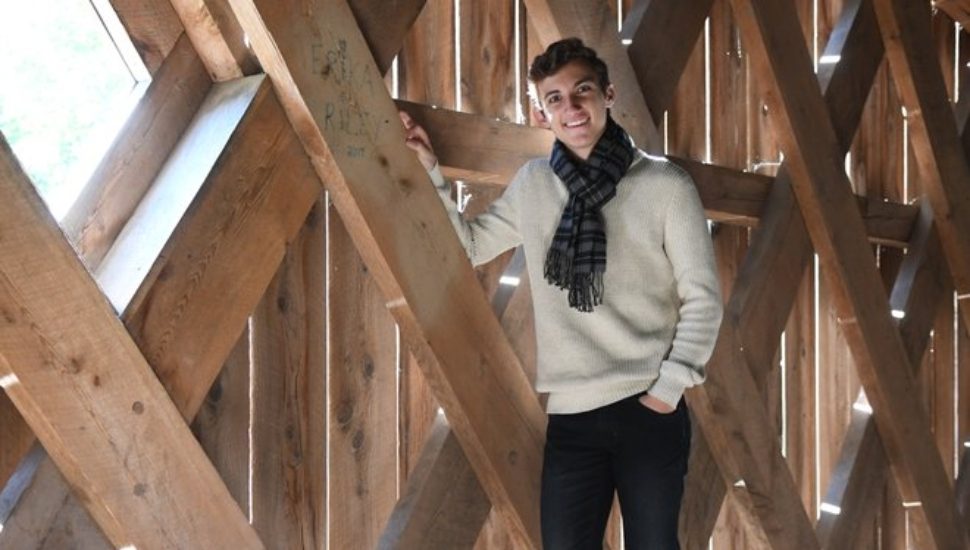 Mason Olshavsky got his start in acting during his years at Council Rock School District, where he quickly progressed from ensemble to supporting player to lead.

Mason Olshavsky got his start in acting during his years at Council Rock School District, where he quickly progressed from ensemble to supporting player to lead, writes Cynthia Marone for the Bucks County Magazine.

Since then, the nineteen-year-old Villanova University freshman has placed twice in the Top 10 of competitions that were looking to find fresh talent. However, he did not start with the theater in his mind – or his heart.

“I’ve wanted to be a plastic surgeon,” he said. “The goal is still to go to med school, but if the opportunity arises in the world of theater, being able to do that professionally for a career, I would absolutely drop everything and do that.”

However, he is now trying to make the best of the opportunity given to him by the online competitions – Playbill’s Search for a Star and Spot-On Arts Academy’s Give My Regards … A Competition Like No Other.

This placement in the Top 10 did not just provide him with public exposure, but also offered him the chance to be seen by known actors, directors, and choreographers. Potentially opening many doors for the rising star.