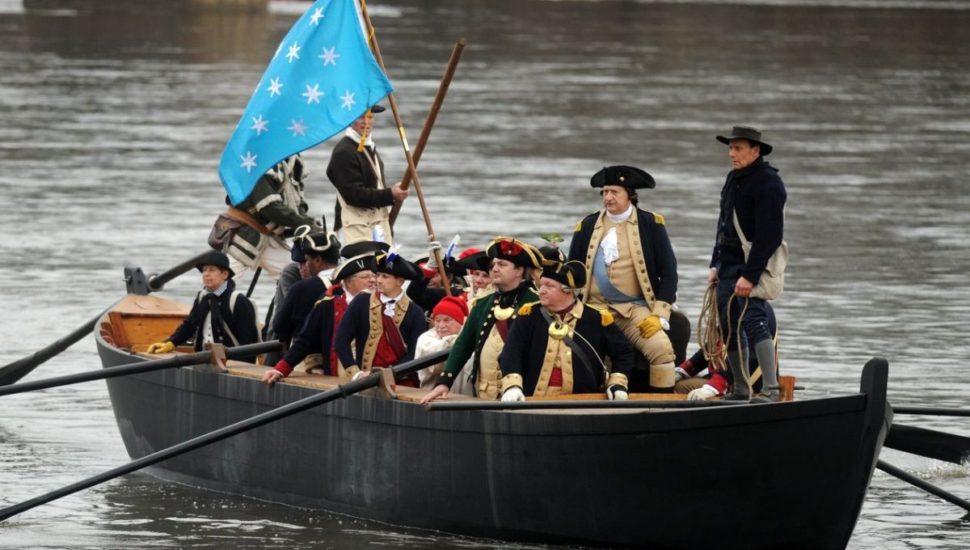 Image via Dennis Van Tine/Zuma Press for the Wall Street Journal.
The traditional reenactment of George Washington’s Christmas Day crossing of the Delaware River in Bucks County was canceled this year due to the pandemic.

The traditional reenactment of General George Washington’s Christmas Day crossing of the Delaware River was canceled this year due to the pandemic, writes James Freeman for The Wall Street Journal.

Instead of the reenactment that usually takes place in front of cheering crowds, the Washington Crossing Historic Park debuted a special pre-recorded crossing video on Christmas Day on its Facebook page.

“We see this as a positive, that the daring crossing and the history is something we can share with people from all over the world,” said Jennifer Martin, executive director of Friends of Washington Crossing Park.

Washington and 2,400 Continental soldiers crossed the icy river from Pennsylvania into New Jersey on Christmas Day on the way to defeat the Hessians in the first Battle of Trenton next morning.

The daring move took the soldiers directly into a severe winter storm of sleet and snow but the risk turned out to be worth it. A victory after months of intense fighting with several significant defeats managed to give the troops a desperately-needed morale boost.

Read more about the crossing at The Wall Street Journal by clicking here.