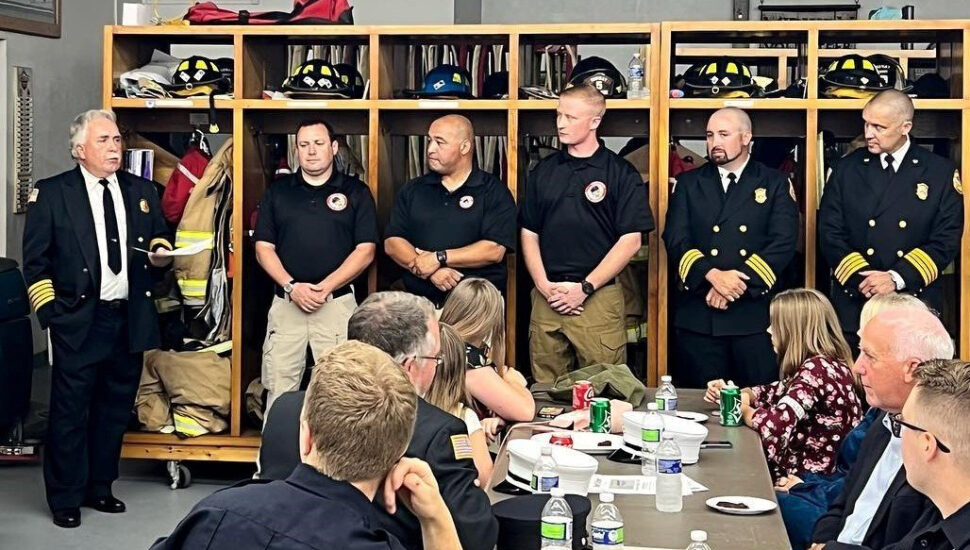 Several members of Haycock Fire Company No. 1 have been awarded the Medal of Valor for their heroic efforts during Hurricane Ida. Kathryn Finegan Clark wrote about the recent honors for the Bucks County Herald.

Harry Grim IV, son of Chief Harry Grim of Haycock Fire Company No. 1, was one of several people recently presented the award. The firefighters and rescue team members awarded were involved in the saving of multiple people during Hurricane Ida.

The fire company saved several residents of Sellersville during the deadly flooding that came as a result of last year’s hurricane.

“We were uncontrollably swept away in the swift current and all thrown from that raft upon impact of something underwater,” the younger Grim said in a post on the department’s Facebook page.

“It became very apparent how much we look out for each other as we all scrambled to help each other back into the raft. Each member of the crew stayed committed and calm in the face of uncertainty. We didn’t know what was about to happen and it did not look good at all for our crew.”

Read more about the Medal of Valor recipients at the Bucks County Herald.