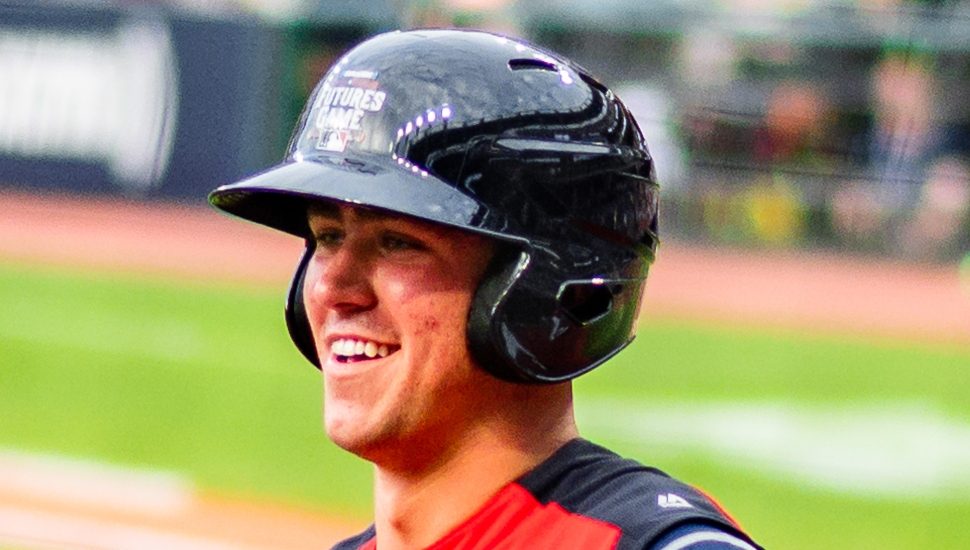 Image via Wikipedia.
Nolan Jones, a Langhorne native and top Cleveland Indians prospect, has been excelling on the field thanks to his patient approach and strong work ethic.

Nolan Jones, a Langhorne native and top Cleveland Indians prospect, has been excelling on the field thanks to his patient approach and strong work ethic, writes John Parker for MiLB.com.

Growing up in the Philadelphia suburbs, Jones was originally focused on ice hockey. After an injury left him with a concussion, he decided it was time to switch to playing shortstop on the diamond.

But it was the lessons he learned when he was on the ice that helped him become a prized Draft pick in 2016, according to Vince Rossomando, Jones’ baseball coach at Holy Ghost Preparatory School in Cornwells Heights.

“You can see among all professional sports, they are the most well-conditioned and they are usually just the best competitors,” said Rossomando.

Indians, which offered Jones a first-round-level bonus of $2.25 million in the 2016 MLB Draft and lured him away from his commitment to University of Virginia, had a simpler reason for wanting him on their team.

“He’s a guy we feel is going to hit,” said Cleveland’s director of amateur scouting Brad Grant, “and hit with power.”

Read more about Nolan Jones at MiLB.com by clicking here.