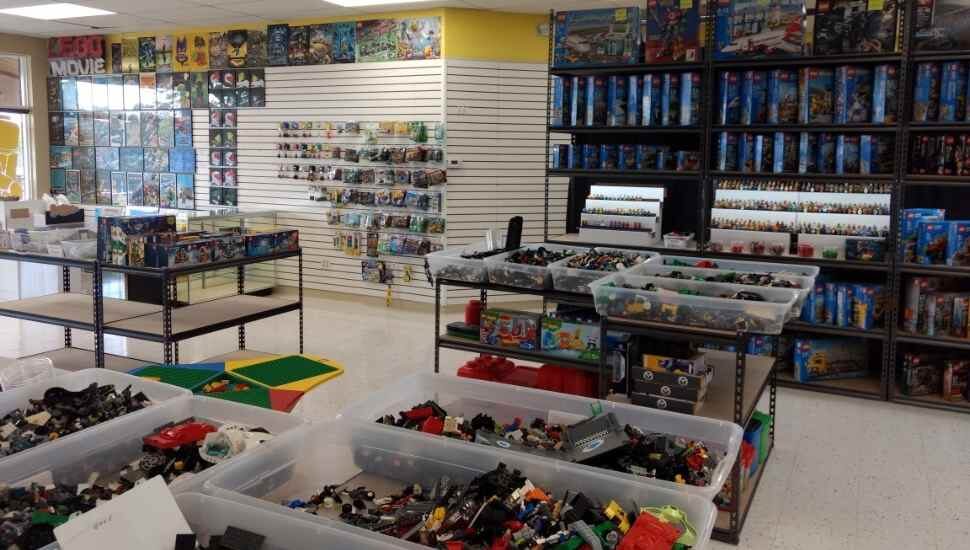 The Bucks County Brick Shop in Chalfont is a mecca for area LEGO fans. Alex Butler snapped-to in bringing its story to PHL17.

Chris Byrne is owner-operator, lining his shelves floor-to-ceiling with merchandise relating to the interlocking building toys that debuted as wood blocks in 1932. The name LEGO is derived from the Danish phrase for “play well.”

By 1947, in time for burgeoning baby boomers, the pieces became plastic. From there, they became a childhood favorite.

Byrne’s stock caters to builders both hardcore and casual.

His supply of mini figures — little constructible people — is especially popular, so much so that he devotes 12 feet of counter space to heads, torsos, and accessories.

Purchasers seeking loose bricks of every shape, size, and color can buy them by the cupful, resupplying pieces perhaps mangled by a vacuum cleaner.

On the upscale side, the sets for sale, which enable large-size themed constructions, can run into the thousands of dollars.

Popular sellers in this category include LEGO Friends (a series pitched at girls), Harry Potter, and Star Wars.

LEGO routinely retires its sets, which can drive prices skyward for fans of a particular genre. Byrne’s Star Wars box sells for $2,000.

“It is the stuff of childhood dreams,” he said.

More on the Bucks County Brick Shop is at PHL17.

If Willy Wonka Dealt in Toys, Not Candy, His Shop Would Resemble This Doylestown Kid-Centric Business

HealthLink Partners, Southampton, Brings the Magic of the Tooth Fairy to Kids in Need