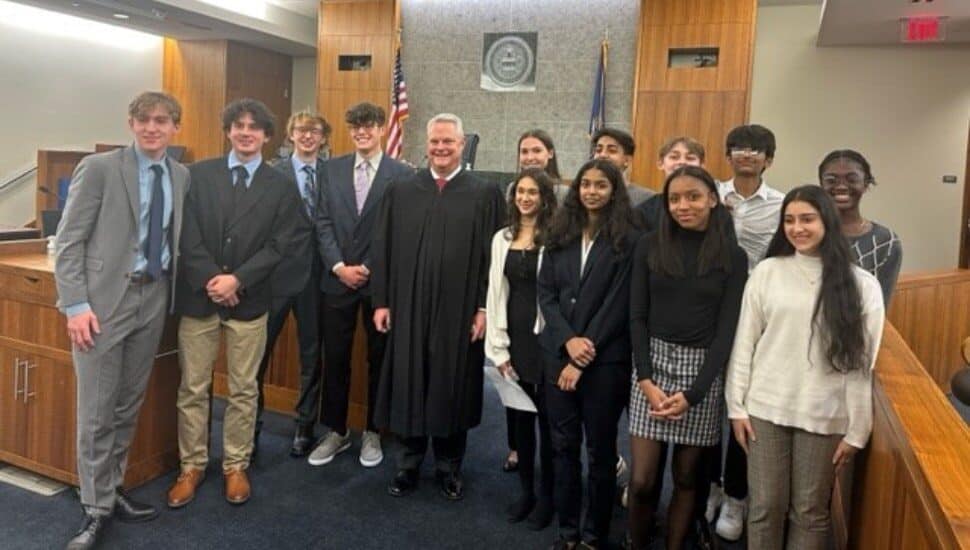 Image via Bensalem Township School District
One Bucks County school district won over another in the mock trial.

Two Bucks County school districts recently competed against one another in a mock legal trial, with one walking away victorious.

The Bensalem High School Mock Trial team competed against Holy Ghost Prep’s team in a recent faux trial. Participants engaged in a mock legal proceeding in order to show their knowledge of how cases such as these go in real life.

Ultimately, the former school walked away victorious, with a panel of judges finding them to have gone about the event with the most authentic acting and knowledge of the legal process.

Learn more about this and other similar events at the Bensalem Township School District.

One of Heavy Metal's Most Influential Figures is Coming to Bucks County. Here's What to Know

Popular Shopping Center in Plumstead Township to be Reopened This Spring