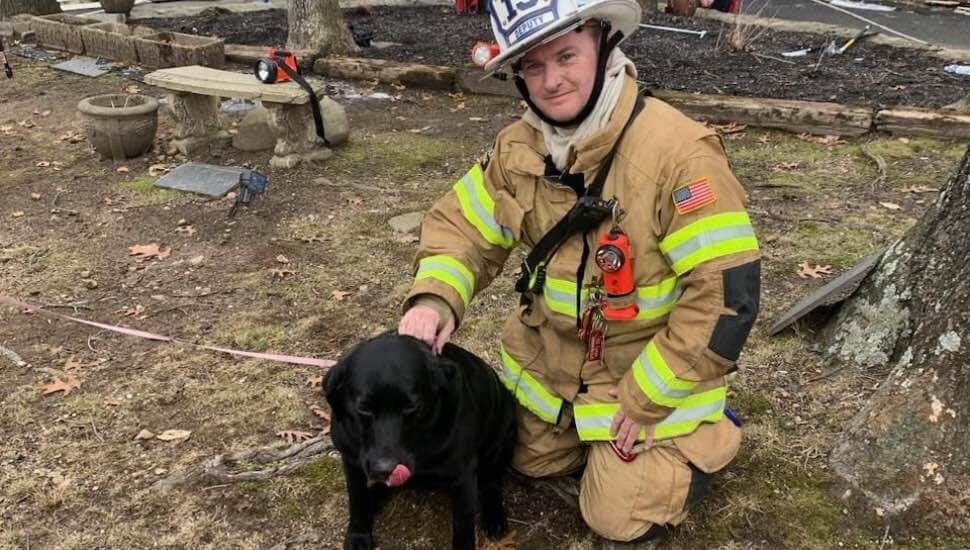 Image via Midway Volunteer Fire Company
One of the firefighters poses with Lola, the black lab saved from the fire.

A recent fire in Bucks County had a happy ending when firefighters worked to save the lives for a few four-legged friends stuck in the blaze.

Members of the Midway Volunteer Fire Company worked to save the lives of four dogs that were involved in a massive fire in Buckingham Township. While the house was destroyed in the blaze, the lives of four pets were rescued thanks to the quick action of the fire company and those assisting.

“One bright spot in this tough day for the homeowners is that Lola (the beautiful black Lab in this post) was rescued by Station 19 companies from the second floor of the home,” the fire company said online.

“She was unresponsive when she was brought outside and quickly responded to oxygen administered by firefighters.”

Learn more about the recent rescue at the Midway Volunteer Fire Company.