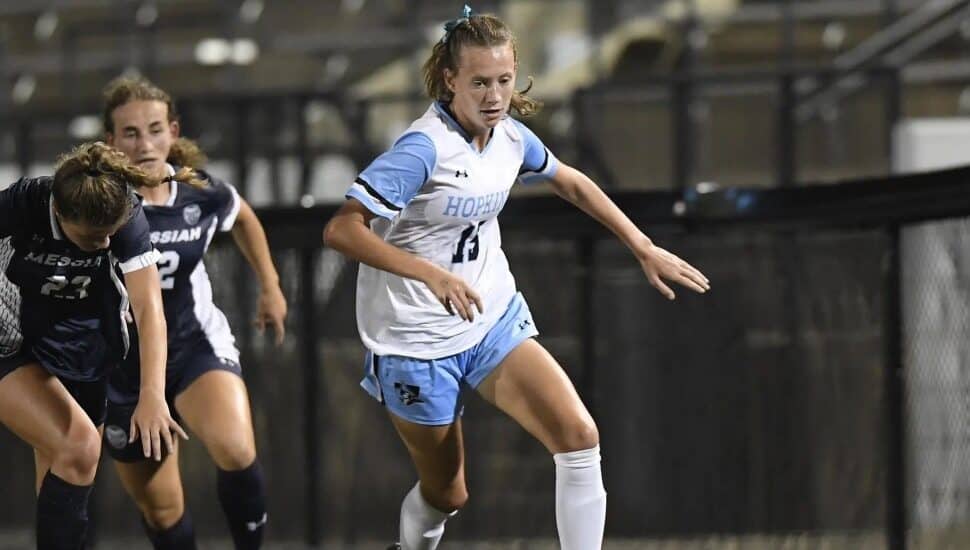 Image via John Hopkins Athletics
The Yardley player has been helping her team through their current season.

A Bucks County resident and soccer star is making a name for herself on her current college team, gaining the attention of fans nationwide. Matthew Ralph wrote about the up and coming stat for Brotherly Game.

Katie Sullivan, a resident of Yardley and a graduate of Villa Joseph Marie High School, is currently playing for John Hopkins University’s Division III women’s team. Now in her sophomore year, the Bucks County native is making a name for herself as the team recently played a national semifinal against Messiah in Salem, Virginia.

“It’s definitely cool to play against teams from Pennsylvania,” Sullivan said. “We just played Misericordia in the Elite Eight and they were really good and Messiah has won a lot of national titles and are one of those teams that really knows how to handle these kinds of situations.”

Having played many successful games with the Blue Jays, Sullivan is placing herself in a long list of local athletics making Bucks County a hub for major players.