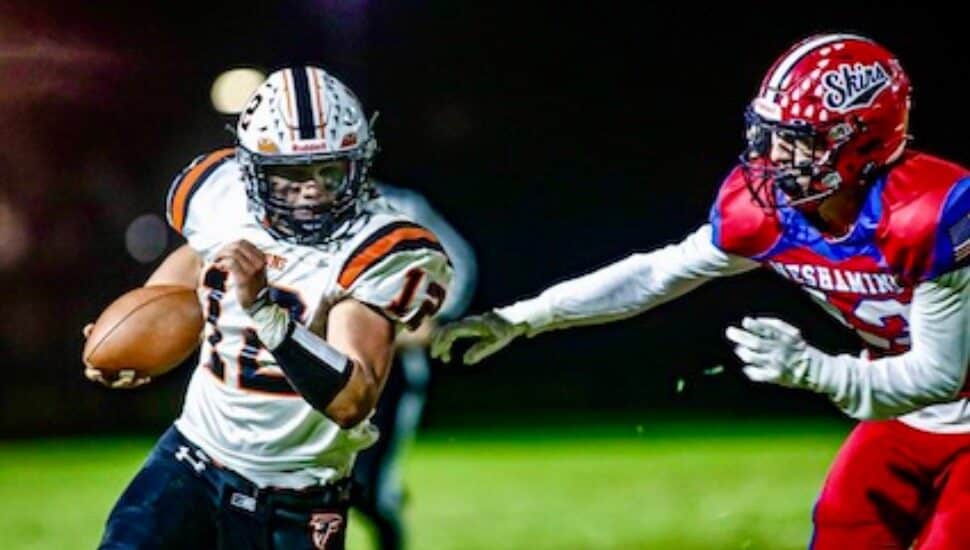 Image via Suburban One Sports
The player has been recognized for his skills on the field and as a leader.

A Bucks County football player is being recognized for his incredible skills on the field as he is given a major sports award. Staff writers for Suburban One Sports wrote about the local player.

Shane McGurrin, the quaterback of the Pennsbury Falcons football team, was recently named as a Univest Featured Athlete for his recent run of successful games with the team. He has shown leadership in his position on the team and has spearheaded the team’s latest season.

“I guess it started with one of the first games,” McGurrin said. “I came out, and the words started flowing, and I was like, ‘I’m pretty good at this. These guys are getting fired up,’ so I just kept doing it game after game.”

Having grown up loving sports, McGurrin’s dedication to the game has shown as his team continues to play at a very high level.

“I think the level of competitiveness and the amount of work we were putting in was a lot greater than the year prior because we knew we were starting from square one, and we had to build up, and, of course, I have to give credit to the coaches.”

Read more about McGurrin’s athletic career at Suburban One Sports.