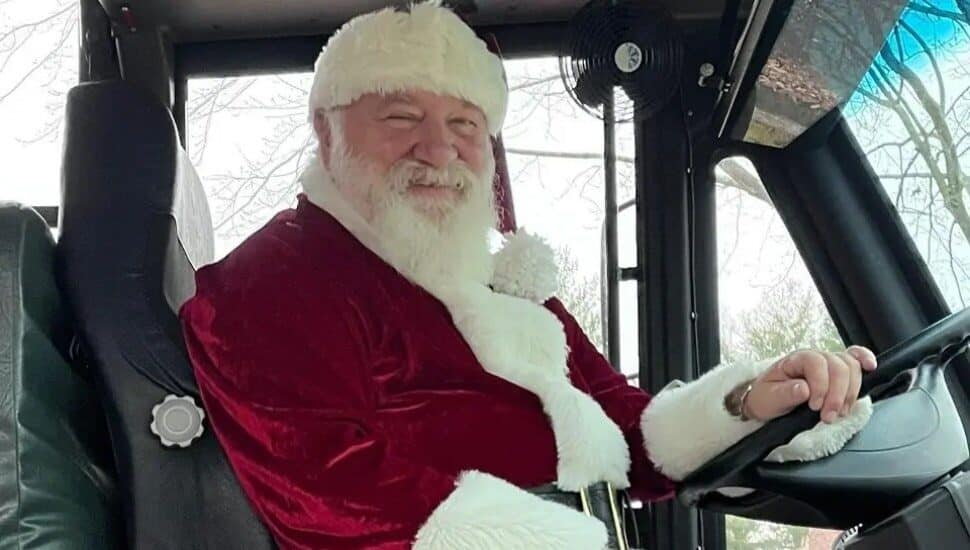 Image via Katie Van Hise
The local bus driver has been a source of joy for children in his school district.

A Bucks County school bus driver is being commended for keeping local students’ spirits high during the holiday season. Dino Ciliberti wrote about the festive bus driver for the Levittown Patch.

Pennsbury School District bus driver Paul Opeilski has been bringing smiles to school children’s faces by dressing up as Santa Claus for the last several days. He even managed to bring tears of joy to a Yardley mother with his greeting each day.

“If you need a dose of joy this morning…meet the wonderful bus driver who takes my kids to and from school,” wrote Katie Van Hise on Facebook under the picture she took and posted of Opeilski.

“He greets them with the biggest, loudest ‘GOOD MORNING!’ every single day. This morning he pulled up dressed as. (You know I teared up.) So grateful for this man and his spirit!”

Opeilski has worked as a bus driver for the school district for the last seven years. And no matter the season, he is in good spirits.

At the beginning of the year, he always greets the students with a hearty hello “good people” and an “all aboard.” By the end of the week, all the kids were shouting along with him, said Van Hise.

Read more about the driver in the Levittown Patch.

Langhorne’s Chris Arcidiacono Making Name for Himself at Villanova