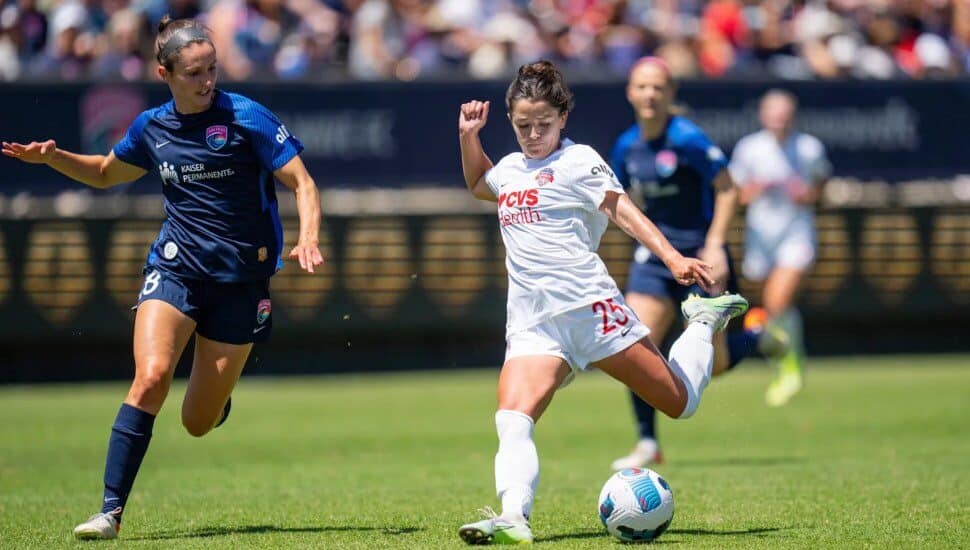 Image via Javier Fernandez Dussaq/ Washington Spirit
The Bucks County native has been a much-talked-about player since high school.

A Bucks County native and well-known athlete was recently resigned to her position in a major team on women’s professional soccer. Tom Moore wrote about the local player in the Bucks County Courier Times.

Marissa Sheva, a Pennridge graduate and current midfielder for the Washington Spirits, was just resigned to the team. Her previous tenure with the team landed her a full-time status in the National Women’s Soccer League.

Having played soccer and track in high school, Sheva played for Penn State before landing her first big gig with Utah Royals FC.

Due to travel restrictions in the early days of the COVID-19 pandemic, she was unable to travel to Spain to play, but ended up finding a place on the Utah team before her first games with Spirit.

“I would say I really struggled,” Sheva said. “I think that was my adjustment year. It was my first introduction to the league, so I learned a lot on and off the field. I think I came out of the league really hungry. I knew I could play in the league, but I knew I had a lot to work on.”