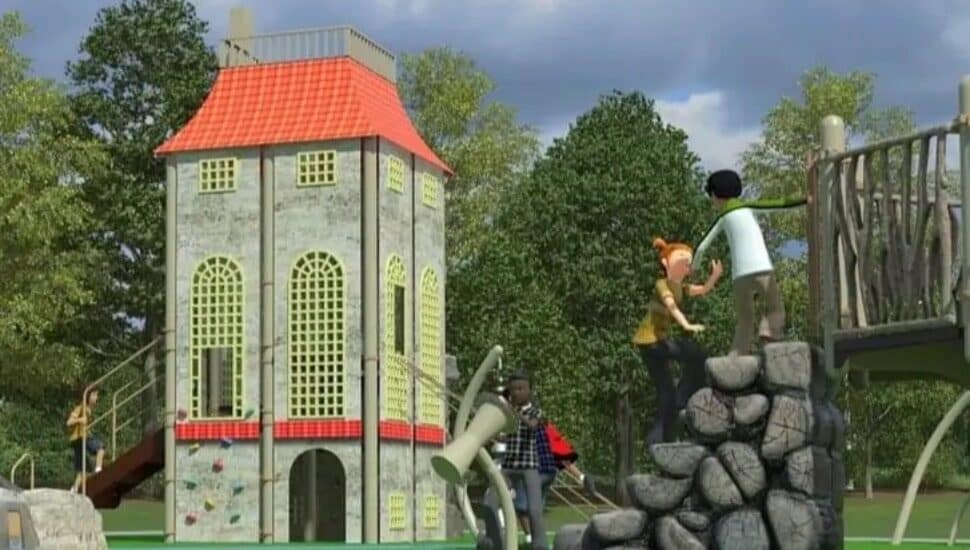 Image via Doylestown Borough
The new playground will be modeled after the historic borough.

A Bucks County borough has just announced that they will be building a new playground, with the structures modeled after local buildings. Jeff Werner wrote about the new play area for the Doylestown Borough.

A children’s play area at Broad Commons Park has been proposed following a $50,000 donation from Christopher B. and Whitney Chandor. The play area is planned to be around 8,500 square feet.

One of the structures that is being planned for local children to play in is a miniature replica of Fonthill Castle, a popular tourist destination in Doylestown.

“The Chandors were instrumental in bringing together the Borough and the Heritage Conservancy in order to make the park even possible, and now have cemented their legacy as one of its most generous beneficiaries,” the Borough said online.

Read more about the upcoming playground at the Doylestown Borough.