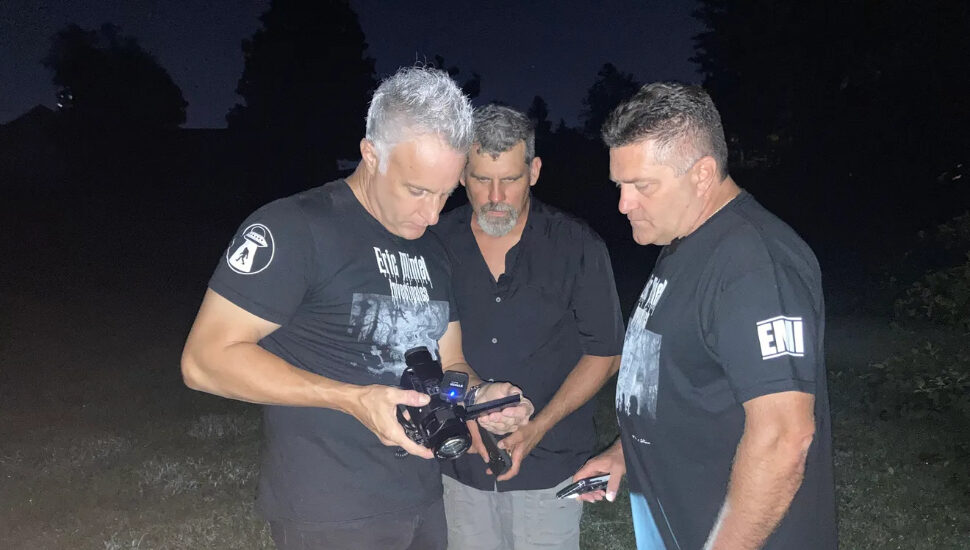 A paranormal investigator with Bucks County roots is now on the hunt for a creature believed to be in the Bryn Athyn area. JD Mullane wrote about the creature and its hunters for the Bucks County Courier Times.

Eric Mintel, a paranormal investigator from Upper Black Eddy, has joined forces with two other investigators to track down a mythical being in Montgomery County.

Recently seen behind a local church, the entity has been referred to as the “Bryn Athyn Beast” and “The Montgomery County Monster” by locals.

This monster, a dog-like creature standing around 7′ to 8′ feet tall, has been spotted by locals since the early 1990s.

Mintel, joined by a high school friend and a Montco investigator, went to the area where the creature was last seen with a cameraman, recording the ordeal for the YouTube show, “Eric Mintel Investigates.”

Using modern paranormal technology and other hunting techniques, the trio set out in the Bryn Athyn woods in search of the creature. Explaining how it interacts with humans, one can understand why they want to find it and keep others safe.

Read more about the monster and the investigators at the Bucks County Courier Times.