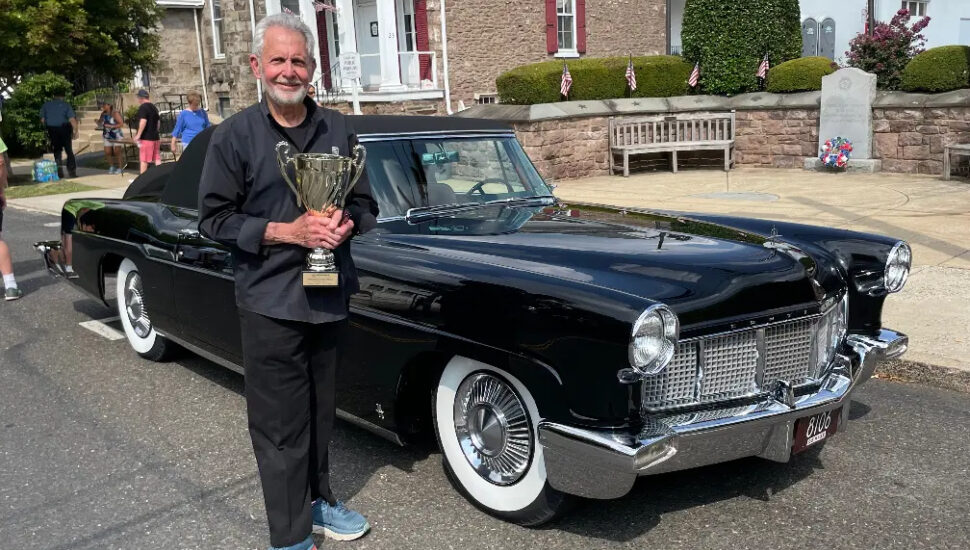 Image via Jeff Werner, Newtown, PA Patch
The local philanthropist's 1956 ride won him a top prize at the car show.

A Bucks County philanthropist took home the gold at the Antique & Classic Car Show in Newtown Borough over the weekend. Jeff Werner wrote about the winning car and event for the Newtown , PA Patch.

Gene Epstein, who has been donating money to Bucks County events and infrastructure for years, won the Best of Show trophy at the cars show in Newtown. His restored 1956 Continental Derham Victoria Coupe won him the top prize, which was presented by Borough Mayor John Burke and Police Chief James Sabath.

“I have been collecting cars for what seems like forever and I really have it in my blood,” Epstein said. “I’ve been with my cars at events in Europe and throughout the United States.”

Organized by the Newtown Business Association, this was the first annual car show in the Borough since 2019, as the COVID-19 pandemic had put the event on hold for the past few years.

Somewhere between 5,000 and 7,000 people attended the event on Sunday. For information the event, read a previous story here.

Read more about Epstein’s car and the Newtown event at the Newtown, PA Patch.