Doylestown Native Was An Acclaimed Poet, But It Was His Marriage That Brought Him Attention 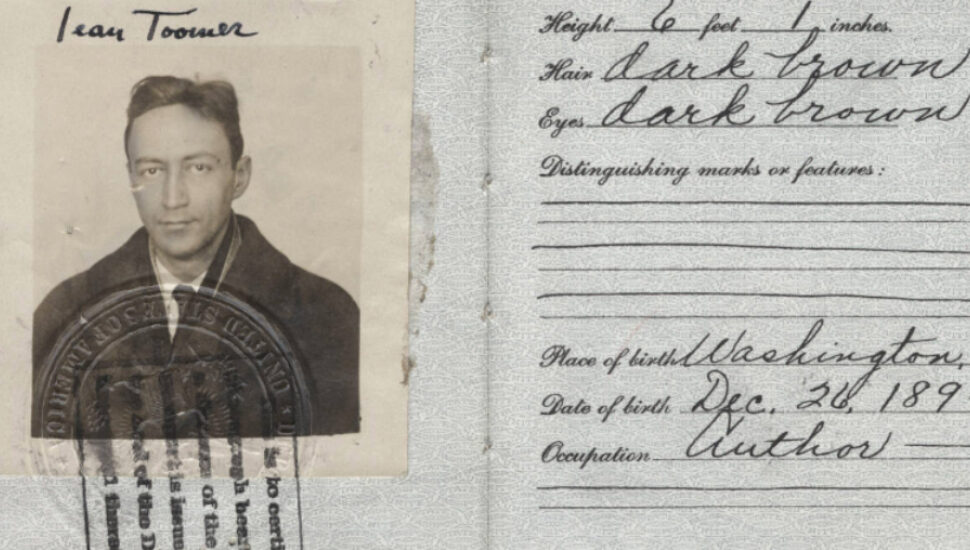 Image via Yale Library
Jean Toomer was an acclaimed poet who lived in the Doylestown area.

Acclaimed Doylestown poet Jean Toomer found himself at the center of media attention in the early 1930s for his marriage to Margey Latimer. Avi Wolfman-Arent wrote about the Toomer’s life in Billy Penn.

Born to parents of multiethnic backgrounds, Toomer himself did not often identify as Black and instead referred to himself as an American. His seminal novel, Cane, is considered to be a seminal work of the Harlem Renaissance, but Toomer often pushed back against the affiliation.

However, in the eyes of the media of his age, he was considered a Black man who married a white woman, and his marriage ended up being covered in an unflattering manner by newspapers around the world.

When his wife died shortly after giving birth to their only daughter, The Inquirer referred to the couple’s marriage as “an experiment in human behavior” in her obituary.

Tomer later married Jewish photographer Marjorie Content and moved with her to a farm he bought in Doylestown. He died at that farm in 1967.