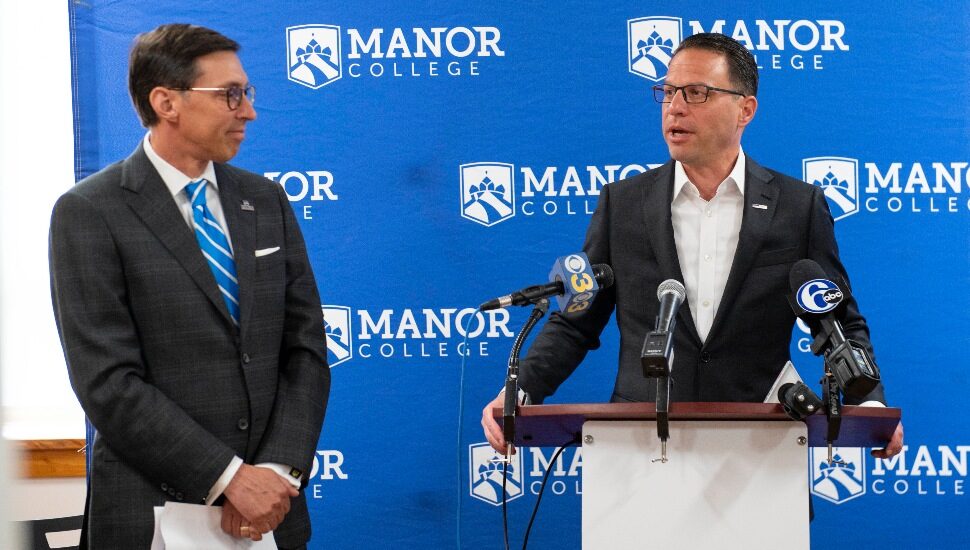 Image via Manor College.
Manor College held a press conference with several elected officials to highlight the need for continued aid to Ukraine.

Manor College welcomed a number of political figures on June 2, highlighting the ongoing need for aid to Ukraine.

“Putin’s cruel enterprise is being met by the bravery and courage of President Zelenskyy and the Ukrainian people,” Manor College President Dr. Jonathan Peri said. “They need our continuing support.

Manor College was founded in 1947 by the Sisters of Saint Basil the Great, a Ukrainian religious order. It has maintained its Ukrainian roots, most notably through the Ukrainian Heritage Studies Center on campus.

Since the war started on Feb. 23, 2022, Manor College became a leader in supporting Ukraine. The institution set up a scholarship for Ukrainian refugees and partnered with several organizations to provide direct and immediate humanitarian relief to Ukraine.

“We will not go away,” Peri said. “We will not let this rest. We will keep the flags of Ukraine firmly planted at Manor College alongside our American flag, and we will encourage and promote Ukraine’s right to exist as a free sovereign democratic nation, forevermore.”

More about Manor College’s international efforts in Ukraine is online.