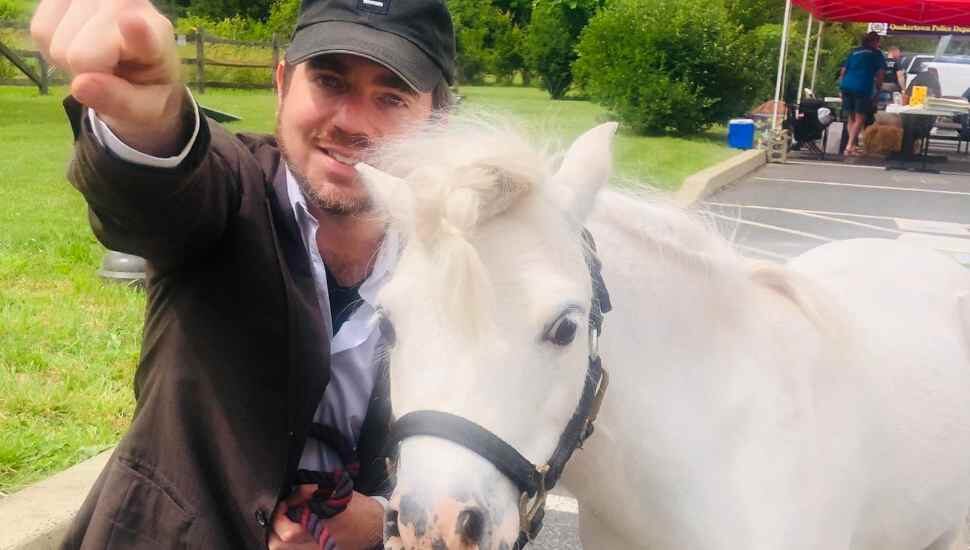 Image via Greg McGarvey, Quakertown SPCA, at Facebook.
One of the advantages of the Quakertown SPCA, now celebrating its first decade of operations, is the ability to house larger animals, like Waffles.

The Bucks County SPCA (BCSPCA) recently nested one anniversary celebration into a larger one.

The countywide animal lifesaving institution turns 110 in 2022, kicking off its centennial-plus-decade milestone back in Feb.

The Quakertown location, in honor of its 2012 opening, was understandably part of that mid-winter recognition. But it also held its own event — an open house marking its first decade of operations — last week.

Visitors were welcomed, as they got to tour the facility, meet the animals, and learn about the organization’s rescue work.

The Quakertown shelter was the brainchild of Marcia Hill, a former BCSPCA board member. Seeing a need for a second location, Hill championed the construction of the facility on Reservoir Road in Richland Township.

The site was designed to be able to accommodate not only house pets but large farm animals as well.

Over its 10-year history, the Quakertown shelter has forged a remarkable record, including:

Reflecting on the impact, Hill said, “It’s wonderful to know that so many lives have been touched through the good work done here.”

Be a Pal to Hal: Emaciated Dog Found Tied to Tree Is Now Adoptable at Main Line Animal Rescue