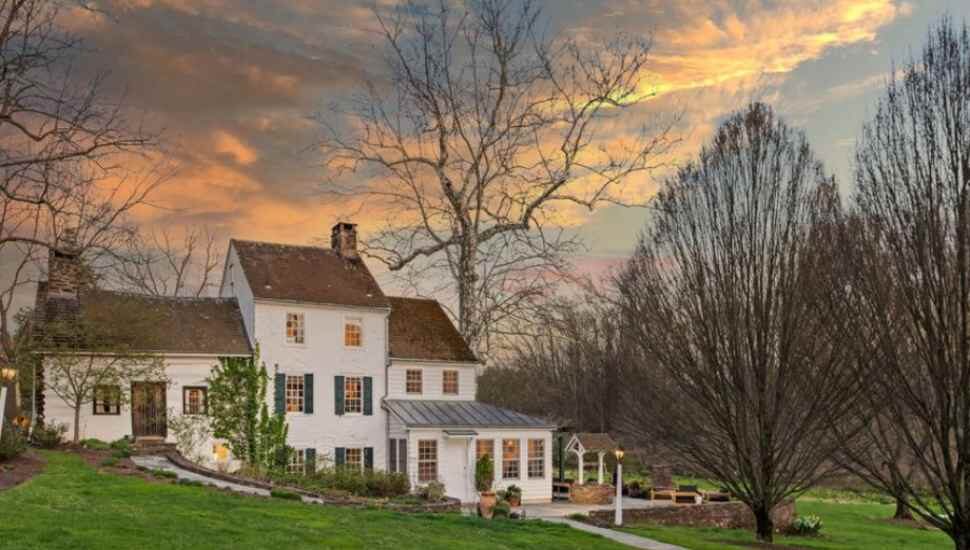 Shake Shack executive Andrew McCaughan has put his co-owned 17th century Carversville home on the market. Lisa Dukart supplied a menu of its features in the Philadelphia Business Journal.

The property, near New Hope, began as a log cabin that dates to 1690. That original structure has been incorporated into subsequent renovations, now existing as the primary suite with lofted ceiling and fireplace.

Fireplaces seem to be a go-to accent on property, with three in the building (one large enough to walk in) and one outside. The floor plan also shows three other bedrooms (aside the suite), a modern kitchen, and three baths.

An outbuilding was once the studio of artist Charles Hargens. Hargens, a graduate of the Pennsylvania Academy of the Fine Arts, created covers for magazines and books, including those of novelist Zane Grey.

Situated on 5.69 acres, the property has several outdoor amenities, including a loggia and patio.

Burbling nearby is the Paunacussing Creek.

The asking price is $1.995M, which would also buy a lifetime of Shake Shack burgers and fries.

More on this real estate opportunity is at the Philadelphia Business Journal.

New York Times: Carversville Farm Foundation Addresses Food Insecurity Not From Its Surplus But From Its Yield