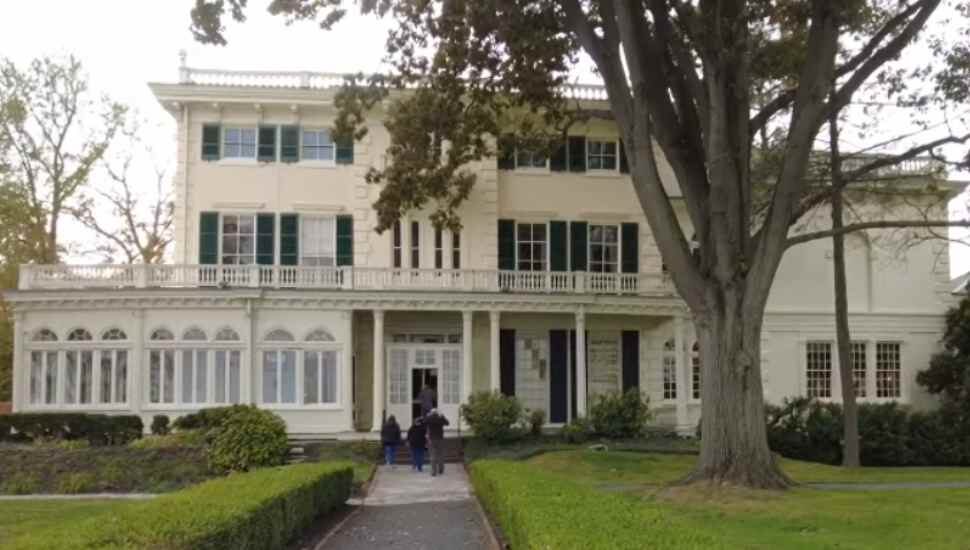 Image via The Philly Captain at YouTube.
Glen Foerd.

It was constructed by a Phila. philanthropist, Charles Macalester on a Delaware River bluff across from Delanco N.J. It was one of several tony residences built by Phila.’s power families in the 1800s and eliminated over the ensuing century.

Its deed eventually passed to Florence Foerderer Tonner, a religious patron of the arts. Dedicated to the ascetic life, her unusual upgrades included a prayer room accessible only by a secret door.

Tonner’s passage in 1971 had developers salivating over the prospect of clearing the land and breeding condos.

Neighbors, however, fought back, citing a caveat in Tonner’s will that required the property to be used for “the good of the public.”

It’s now in the hands of Phila.’s Parks and Recreation Dept.

Despite being lesser known, it has an active events calendar. This year’s holds 100 bookings, comprising both weddings and cultural/environmental events.

Visitors come to bird-watch or river-watch, visit the onsite art gallery, or take in a concert performance.

Or even to eat, despite the absence of a restaurant.

It’s a popular place for foragers, those who gain sustenance by gathering edible wild plants. The landscape includes lemon clover, ground elder, and garlic mustard, all of which are consumable.

More on Glen Foerd is at The Philadelphia Inquirer.

Meridian Bank House of the Week: “Can We Tawk?” Joan Rivers’ Warminster Mansion Is Available