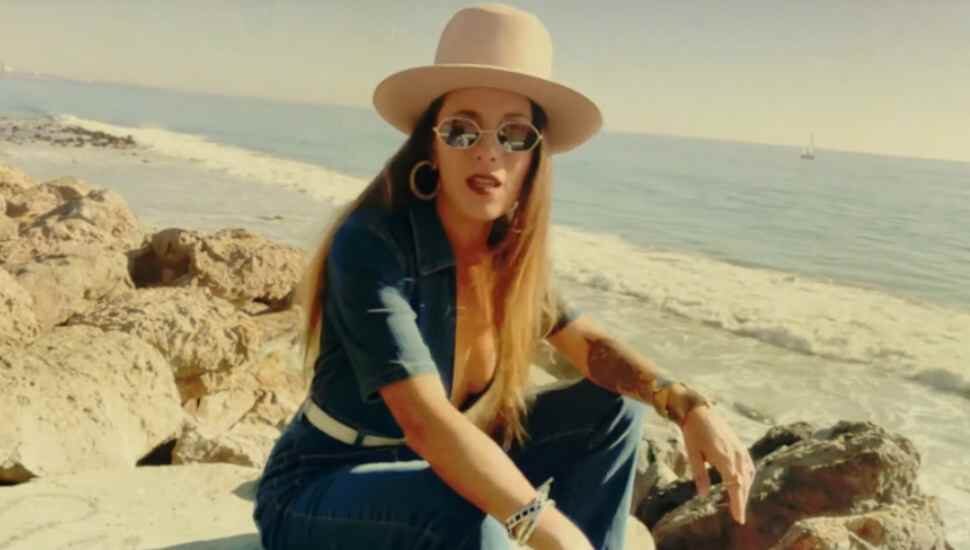 Egan graduated from Boston’s prestigious Berklee College of Music. From there, she toured with funk ensemble Tirkuaz, living a 1960s throwback life of traveling in a rickety van, sleeping on friends’ floors, and spending downtime waiting tables and nannying kids.

She later went solo, releasing “digital 45s”: two-side singles with videos. Egan then gathered seven of them in an extended-play release, The 45 Homestead Project.

It caught on, especially with critics.

The Boston Globe reviewer wrote that Egan had “…the finesse of Bonnie Raitt merged with the primal force of Janis Joplin.”

That success led to a call from Chicano Batman, an L.A. psych-soul band, which needed a keyboardist/vocalist.

Egan signed on. What was supposed to be a run of just a few months is now four years of performing.

But during the tour’s downtime, she was back on the east coast, recording a forthcoming album.

And spending a lot of commuting time in the process.

More on Nicky Egan is at Guitar Girl Magazine.

For Singer Freda Payne, Honoring Ella Fitzgerald Is ‘Nice Work If You Can Get It’ at the Bucks County Playhouse