Made in Morrisville Celebrates One of Bucks County's Smallest Boroughs 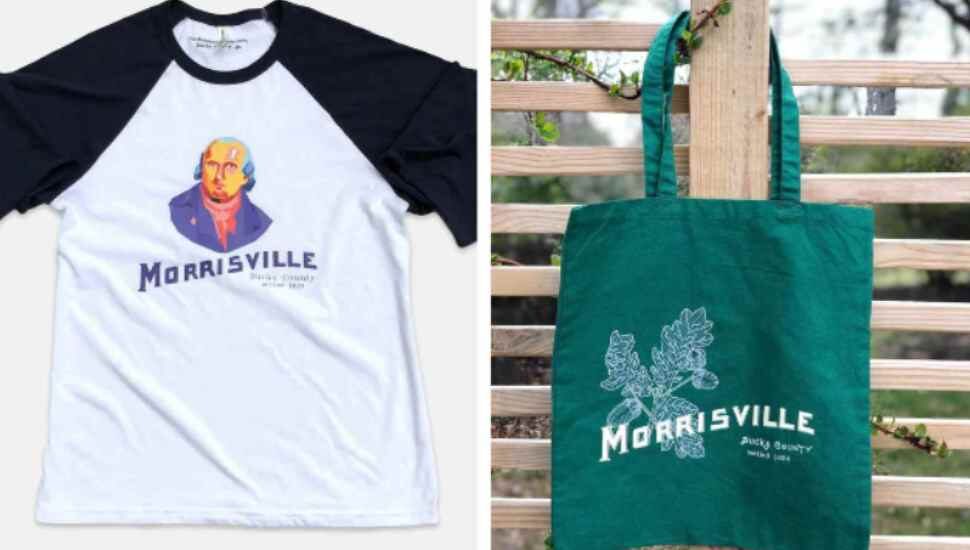 When it comes to destination swag, it’s locally common to spot apparel branded for a Jersey Shore town. Or a Disney park. Or a metropolitan standout like New York or even London. And then there’s the branded merch offered by Made in Morrisville. Celebrating a tiny Bucks County spot on the west side of the river from Trenton, its clothing line is certainly unique, as reported by the Morrisville Times.

Residents Hussam and Dana Jallad own the business. Their online store features shirts, bags, hats, and mugs all themed to Morrisville, Pa.

Some of the apparel’s graphics highlight Colonial notable Robert Morris. Morris, a signer of both the Declaration of Independence and the Constitution, spent 18th Century summers in Bucks County to escape Phila.’s swelter.

Jallad uses bright colors and bold designs to dust off Morris’ image, all in a grass-roots effort to rescue him from historical obscurity.

“We are essentially telling Morrisville’s story through its rich history, surrounding nature, and our experience living in the town,” he says. “It’s time to promote, celebrate, and preserve Morrisville’s legacy and the things that makes it unique.”

A career as a professional architect and designer honed Jallad’s aesthetic eye. His products depict other borough hallmarks — its status as a bird-friendly site, its historic oak trees — with creative imagery.