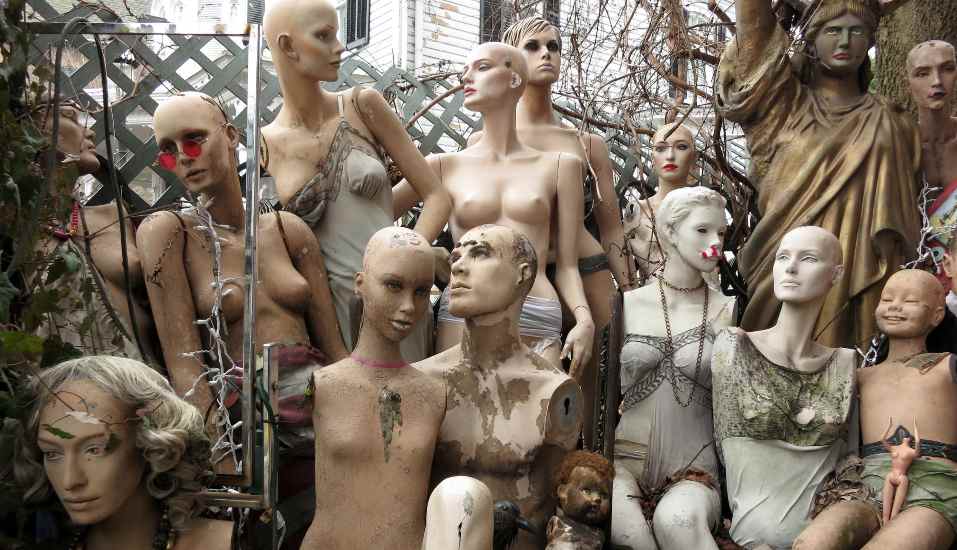 Image via SteveG1949 at Creative Commons.
Quirky sights — is it art? is it trash? is it offensive? — abound in New Hope, burnishing its image to this day as "Hippy Town."

The word hippy is most likely not one in common usage today, except perhaps by nostalgic Baby Boomers. However, a Rowan University newspaper reporter invoked the descriptor to her Gen-Z classmates as a day-trip recommendation. Jennifer McGraw described her recent visit to New Hope, aka “Hippy Town,” in the school’s periodical The Whit Online.

McGraw described her New Hope adventure as encompassing “…a bridge [to] walk across, a lot of bohemian shops, and fun places to eat.”

Of this latter stop, McGraw said she came away with a prognostication of no marriage to an athlete, three children, and several career moves.

“It [the forecast] was cool to see,” McGraw reported, “because there were some parts of the reading that clicked and others that I didn’t expect to hear.”

More on this Hippy Town field trip is at The Whit Online.

Who, Exactly, Was the ‘Odette’ of New Hope's River House at Odette’s?