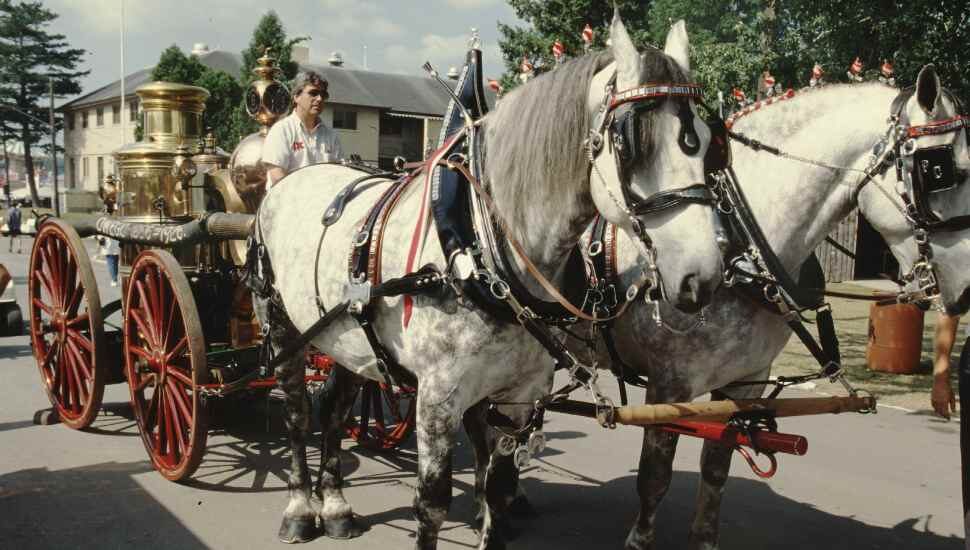 Image via the New York State Fair at Creative Commons.
The New Hope Eagle Fire Department, which started in 1822 and celebrates a bicentennial this year, originally used transportation much like this.

New Hope Eagle Fire Department will hold a birthday celebration this summer to mark its 200 years of local service. By all records, its 1822 founding makes it the oldest rescue organization in Bucks County. Lisa DeAngelis unrolled the plan details for a large-scale celebration in the New Hope News.

The rescue service’s website chronicles the organization’s storied past.

Its establishment dates to June 21, 1822. Members included Lambertville residents; therefore, a truck was kept near a bridge to provide easy access for them. The building that housed the vehicle, procured from the Delaware Bridge Company for the annual sum of $1, lent the rescuers their first name: The Delaware Fire Company.

Its life-saving services were crucial in the aftermath of Hurricane Ida.

But its heroes aren’t above pitching in with other rescue priorities. The crew has also responded to calls for help such as the one from a resident whose pet parrot was stuck in a tree.

More information on the Eagle Fire Company — including its June 12 bicentennial celebration details — is in the New Hope News.

Doylestown Marks Its First Juneteenth: 'It's Your History; It's My History'