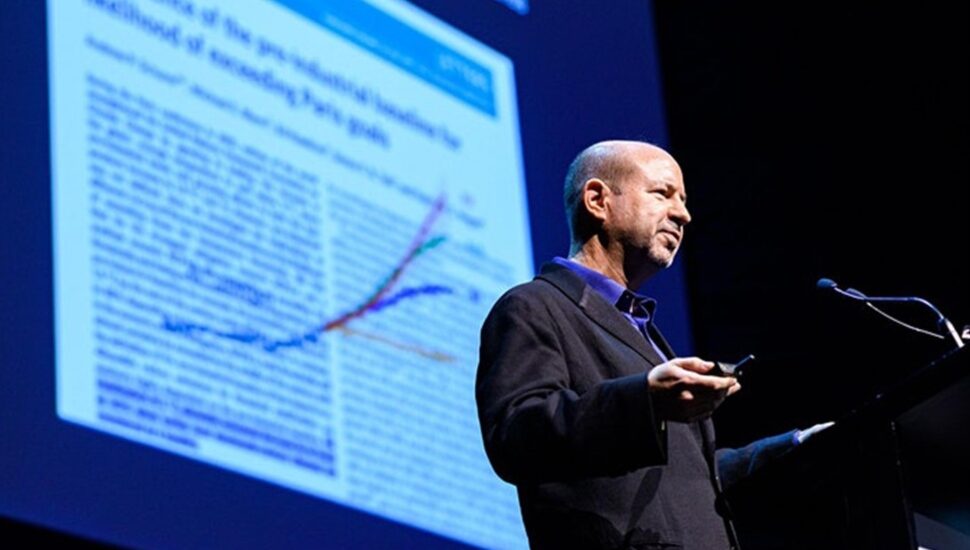 Climate scientist and science communicator Michael Mann will discuss his latest book, The New Climate War: The Fight to Take Back Our Planet, on Wednesday, May 4 at Penn State Great Valley.

The New Climate War shows how fossil fuel companies have waged a 30-year campaign to deflect responsibility and delay action on climate change and offers a battle plan for how we can save the planet. Books will be available for purchase and signing at the event.

Mann is a distinguished professor of atmospheric science at Penn State, with joint appointments in the Department of Geosciences and the Earth and Environmental Systems Institute. He has received many honors and awards, including the National Oceanic and Atmospheric Administration’s outstanding publication award in 2002 and selection by Scientific American as one of the 50 leading visionaries in science and technology in 2002.

Additionally, he contributed, with other Intergovernmental Panel on Climate Change authors, to the award of the 2007 Nobel Peace Prize. He is the author of numerous books and lives in State College.

“Michael Mann: The New Climate War” will be held at 7 PM in Penn State Great Valley’s Conference Center Building. The event is free to attend, but advance registration is required.

The Downy and Dirty: Chester County Firefighters Save Ducklings Stuck in Storm Drain

‘I Never Want to Drive in Rain Ever Again’: Downingtown Woman One of Many Still Haunted by Ida

It’s Another Invasive Creature in Pennsylvania, but This One Swims