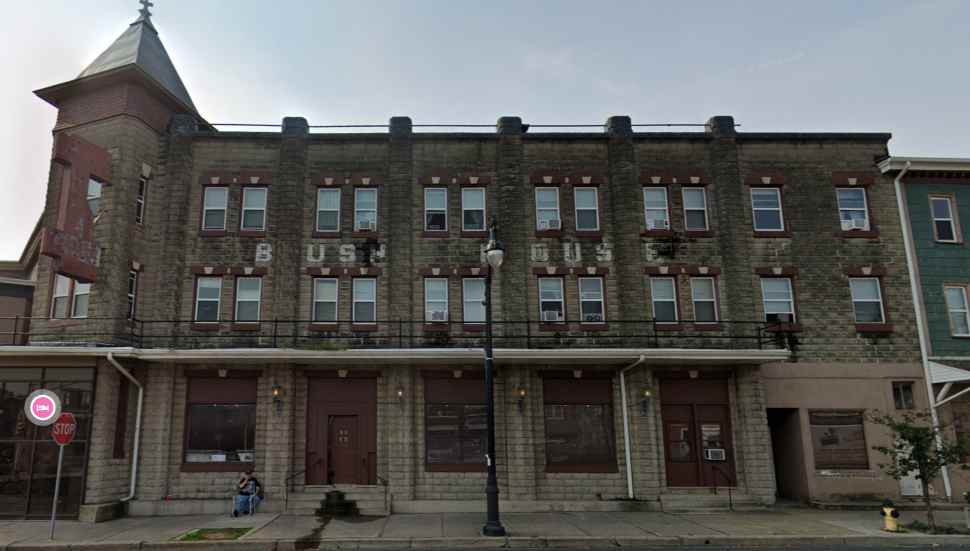 Image via Google Maps.
The Bush House Hotel, which has been in operation in Quakertown since 1850.

Tom Skiffington, owner of Quakertown’s Bush House Hotel, has been told repeatedly to give up. Considering his daily pressures — a vintage building in constant need of care, a roster of residents relying on him, a recent condemnation-related closure — bailing on the property would be understandable.

But he remains committed.

“It wasn’t falling apart,” he described. “But it was so outdated.”

Skiffington characterizes his residents simply as Bucks County citizens in need of affordable housing. Many are elderly; others are twentysomethings just setting out from their parents’ homes.

He understands that some of his guests struggle, but he rejects the broad-brush assessment that they are indigent.

He has found that many are often just searching for companionship.

To illustrate, he cites a recent encounter he overheard.

“[There were a] bunch of the tenants sitting in the lobby,” he described. “Maybe 3–4 gentlemen. Telling their stories of when they were younger.

“The other tenants are their family. They don’t have anybody else. A lot of them are single; their spouses have died, or they’re divorced, or whatever.

“I get upset when people paint them to be horrible people,” he continued. “Because 99 percent of them are not. They’re just low income.

“That don’t make you a bad person because you don’t have a lot of money.”

The Quakertown Borough condemnation last fall was an obvious blow to the property and the people associated with it.

The borough, according to a Bucks County Herald story, cited numerous safety and health violations at the 200–214 W Broad St. structure. Those concerns led to its being shuttered on Nov. 10, 2021. Residents were temporarily housed elsewhere.

Complaints were reported to have come from the residents themselves, the public, first responders, and inspectors.

By Jan. 2022, however, the Doylestown Patch wrote that renters were back in their rooms. Inspectors were satisfied, the story read, by a complete fumigation of the building and other code remedies Skiffington undertook.

Skiffington continues his upkeep work, projecting a sense of responsibility to persevere.

He understands the property’s commercial value. “I like restaurants. But we need affordable housing,” he said.

But he follows quickly with the outlook that drives him: “This is the only place where people like this can go. There is no alternative. They’re good people. And I think that’s why I keep doing it.”

Cozying Up with a Good Read to Fight the Winter Chill? Browse the Racks at Stacks