South Perkasie Bridge Knocked Off Its Footings by Hurricane Ida 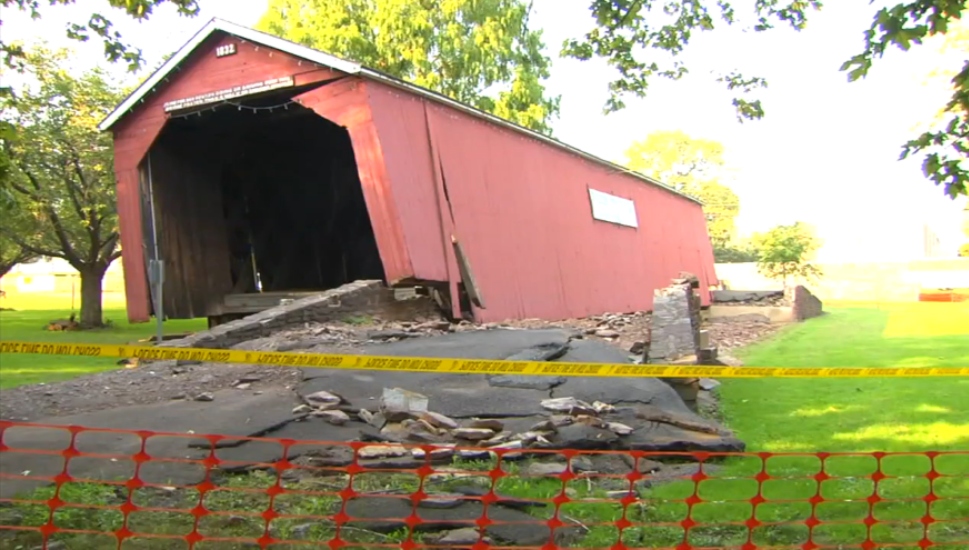 Image via WFMZ 69 News.
South Perkasie Bridge, off its footings, thanks to Hurricane Ida.

The Perkasie Historical Society and the Bucks County Covered Bridge Society were already concerned about the status of the South Perkasie Bridge. The structure — the oldest of its kind in the county — had already been saved once, when the historical society moved it in 1958. But now, according to Jack Reinhard of WFMZ 69 News, it’s in need of some TLC again.

The initial save of the bridge resulted from the plan to replace it. Rather than demolish the 1832 landmark, the historical society relocated it to Lenape Park.

The intervening decades brought expected amounts of wear and tear. But the historical society collaborated with the Bucks County Covered Bridge Society to launch a 2020 fundraiser to restore the span to its former glory.

Before the project could move forward, however, Hurricane Ida hit the bridge with a roundhouse punch.

“It was very sad and very heartbreaking. My husband took [a] video, and he came home and said, ‘I don’t know if it’s going to make it, because we might have lost that bridge,'” said Louise Doll, of the Perkasie Historical Society.

More on the South Perkasie Bridge and the general flooding in the area is at WFMZ 69 News.