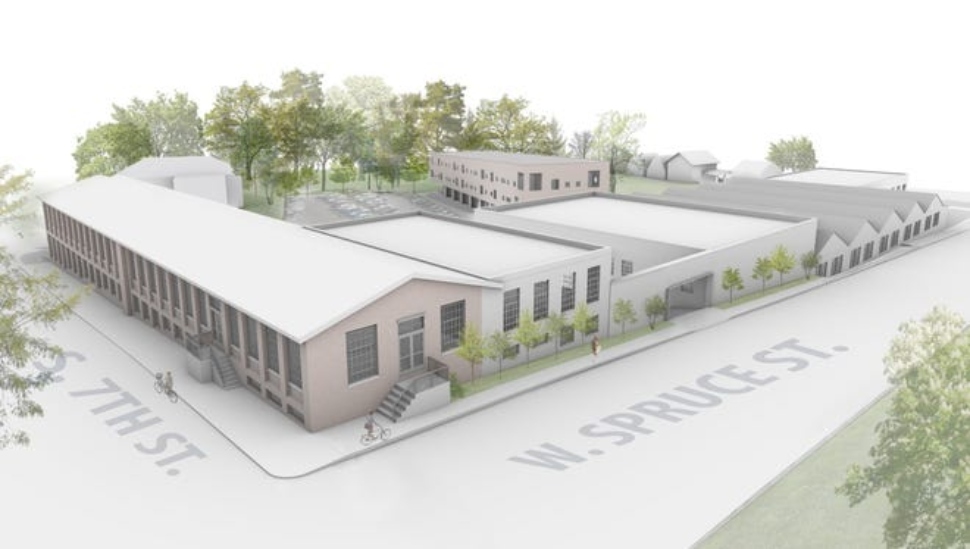 Image via The Moser Group

A former Perkasie gear factory, which thrived in the early 20th century but sat dormant since 2007, is about to make way for a development of townhomes and apartments, reports Peg Quann for the Bucks County Courier Times.

Bolstering the $20-million plan called The Delbar was a tax abatement arrangement recently approved by the Bucks County Commissioners. The developer, The Moser Group of New Britain Township, proposed 98 apartment units and 10 nearby townhomes. Its planned footprint is for two parcels of land on and near Spruce Street in Perkasie.

The 10-year abatement was made possible by the Local Economic Revitalization Tax Assistance (LERTA) program.

Construction is set to begin in May. The townhomes should be up in about six months, but it will take about two years to fully renovate the factory into apartments.

More information on this development is available at the Bucks County Courier Times, here.