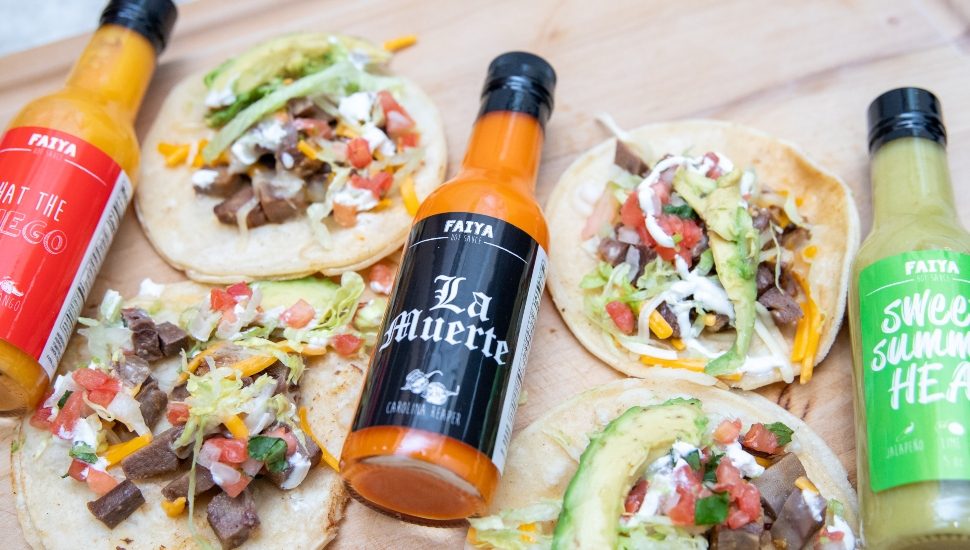 As a contract J&J records analyst in Fort Washington, Radhi Fernandez found he needed some outside time.

At the urging of colleagues, he visited the company’s community garden.

It was a initially tough sell. “I’m not a person to get dirty,” Fernandez said. “I don’t like touching the dirty. Or bugs and stuff. Never my thing.”

But he still wanted to participate. He figured if he grew something he was interested in — like hot peppers — it would overcome his squeamishness.

Then, as most hobby gardeners do, he struggled with an overpopulation of peppers. So, he started blending the yield with home-grown tomatoes and other spices.

“I just gifted them away to my co-workers and family and friends,” Fernandez said. “And everybody loved it.”

When the pandemic hit and he worked from home, the extra time enabled him to formalize a brand, Faiya. Additional flavors, bottles, logos, branding and in-store sales followed.

Fernandez uses his profits to fight food insecurity. Every purchased bottle of Faiya sauce buys one meal for someone in need.

“One of the things my parents always taught me and that I hold close to me is that people shouldn’t be denied food,” Fernandez said. “I wish I could feed every single hungry person in the city. This brings me joy. Being able to feed others.”