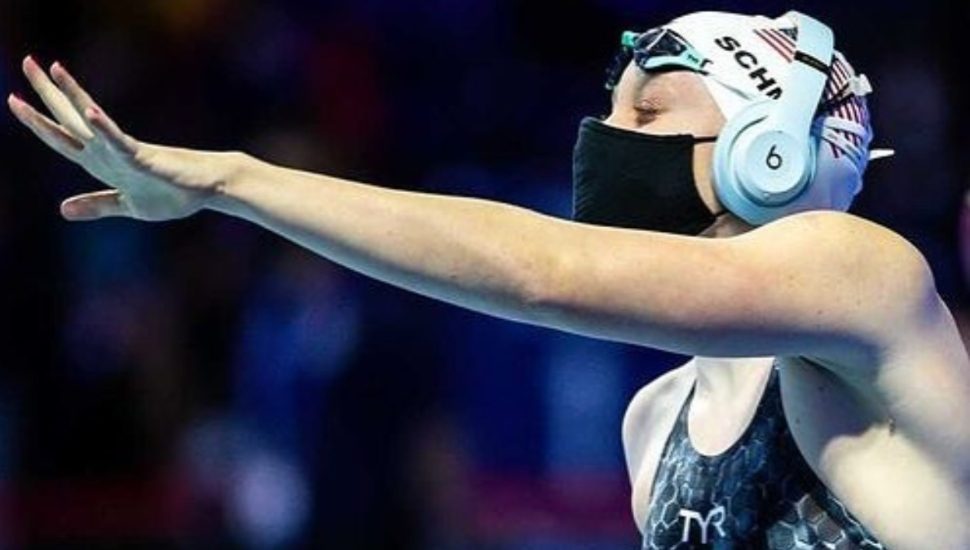 Viewers of the U.S. swimming trials for the Olympics have been privy to a fun entertainment bonus: the signature dance routines performed by Olympic hopeful and Erdenheim native Sierra Schmidt, writes Layla A. Jones for Billy Penn.

Thanks to the rhythmic moves she performs while wearing noise-canceling headphones or earbuds before scaling the platform, Schmidt has been dubbed the “Dancing Queen.”

“Everyone has their own pre-race routine,” said Schmidt. “And for me it’s, it’s the dancing. Mine’s just a little bit more unique.”

She also encourages all the swimmers she talks to, especially the younger ones, “to experiment with pre-race routines.”

And the accomplished swimmer’s results are even better than her choreographed warm-ups.