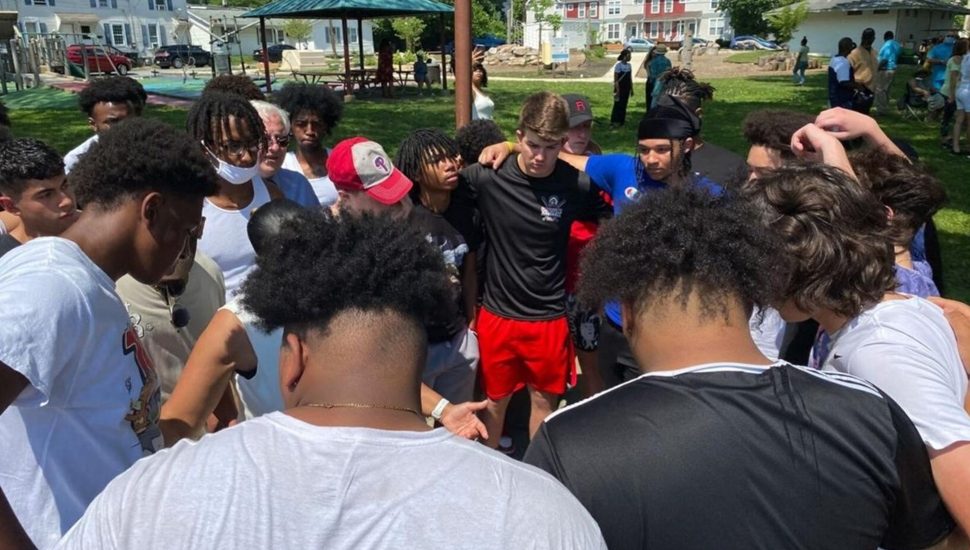 After Coatesville High School Principal Michele Snyder heard the news of the tragedies, she met with her own students. Together, they decided that the right thing to do was reach out.

“I suggested that we create a banner that reads ‘CASH Stands with Downingtown West, No One Fights Alone,’” she said.

The proposal was accepted and the students took it from there. The school’s main office became a central staging area. The students set out cafeteria tables holding a large, blank banner. Coatesville students, navigating the halls and following their schedules, stopped by and wrote personal messages.

“It was a very heartwarming gift, and we are just so grateful to see how our entire Chester County community has come together and banded together to support our students,” said Jennifer Shealy, Director of Communications for the Downingtown Area School District.

Read more about the two schools from NBC’s TODAY show.